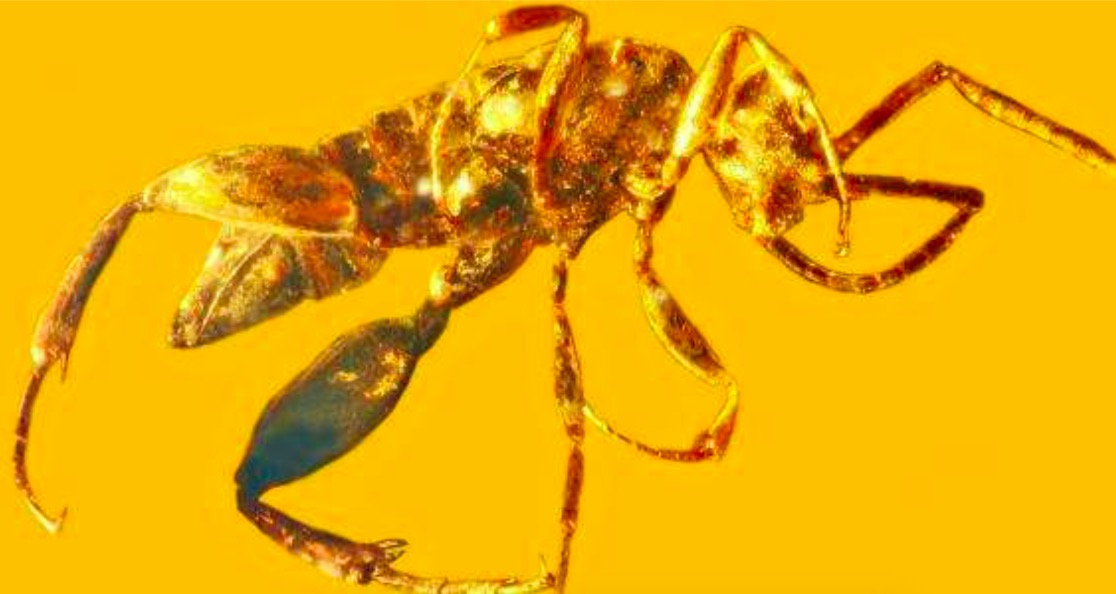 Researchers at the University of Oregon recently identified a wingless parasitic wasp that has been preserved in amber for about 100 million years.

Initially, the researchers were puzzled. This ancient wasp, found frozen in the Hukawng Valley, in Myanmar, seems to borrow part of its anatomy from other insect ranges. “The first time I saw this insect, I had no idea what it was,” said George Poinar, professor emeritus at Oregon State University College of Science. And for good reason: the back of the insect resembles that of a grasshopper; its antennae bring us back to the ant and its thick abdomen seems similar to that of a cockroach. Only her face resembled that of a wasp.

But on closer inspection, this is indeed a brand new family, never identified on Earth. baptized Aptenoperissidae, this new genus is now part of the larger Order Hymenoptera, which includes modern bees and wasps. The insect has officially been named Aptenoperissus burmanicus. Incredibly well-preserved, the researchers then imagined the insect crawling on the ground at the base of a tree, trying to find other insects to feed on or a place to lay its eggs. For the moment, we still do not know the reason why this species became extinct.

All we know is that this insect was a female with long legs allowing it to jump very high, and probably used it to get out of the cavities in which it had buried itself to lay its eggs. With such a lifestyle, the wings would have been a hindrance, the researchers explained in the study.

His end will have been tragic; captured in amber in the middle of what is now the Hukawng Valley in Myanmar, on the Asian continent, one of the richest repositories of Cretaceous arthropod fossils. And saved 100 million years too late.