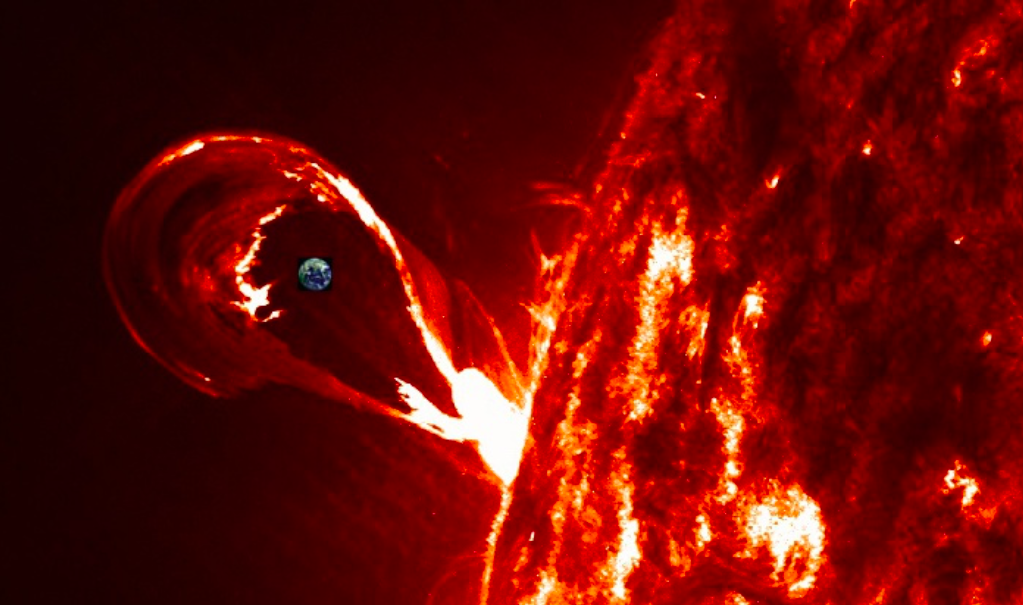 A recent study suggests that the « superstorms » produced by our still young Sun 4 billion years ago may have brought us to life by promoting the warming of the Earth.

4 billion years ago, the Sun was young. It shone with less intensity and the Earth then had only 70% of the energy it receives today, which means that it must have been frozen. A real scoop of ice cream. But as surprising as it may seem, our planet was actually a hot body with liquid water, as the geological evidence attests. This is called “the paradox of the weak young Sun”. So how can we explain the more clement conditions that reigned on Earth?

Our Sun, let us remember, was then young. But although its luminosity was weaker than today, it was no less agitated. In a recent study, NASA researchers, led by Vladimir Airapetianfrom the Goddard Space Flight Center, attest that the numerous solar storms, which were at the time 10 to 50 million times more energetic, with solar winds 50 times stronger than today, could have been at the center of the warming of the Earth, and even a « key to life on Earth ».

Indeed, 4 billion years ago these mega-storms occurred about 10 times a day! Nothing to do with the flow of our current storms. A hammering which, according to our experts, would have modified the chemistry of the atmosphere, thus creating a climate favorable to the appearance of life.

At that time, the Earth’s magnetic field was weaker and the atmospheric envelope was composed of 90% molecular nitrogen. These powerful and constant ejections of successive coronal masses would then have accelerated these energetic particles, hitherto not very reactive, thus compressing the magnetosphere of the primitive Earth. The hooded openings located at the level of the weakened poles then offered a royal route to these energetic particles which, on penetrating the atmosphere, would have reacted with carbon dioxide (CO2) or methane (CH4), in particular to form carbon monoxide (CO) and nitrous oxide (N2O).

According to the researchers, this change in the chemical composition of the atmosphere could also have initiated a prebiotic chemistry, thanks to the appearance of hydrogen cyanide (HCN). This compound, which is very reactive, can in fact lead to nitrogenous compounds, such as amino acids. Together, five molecules of HCN can also form adenine. In addition, the daily energy provided by the solar wind could be the one that allowed the prebiotic chemistry to go to large molecules, such as RNA.

Such a process, say the researchers, could also have taken place on Mars, which housed water four billion years ago. But these incessant gusts of solar wind could have shattered its atmosphere. On Earth, it was strong enough to resist and at the same time porous enough for solar particles to interfere and interact with it.