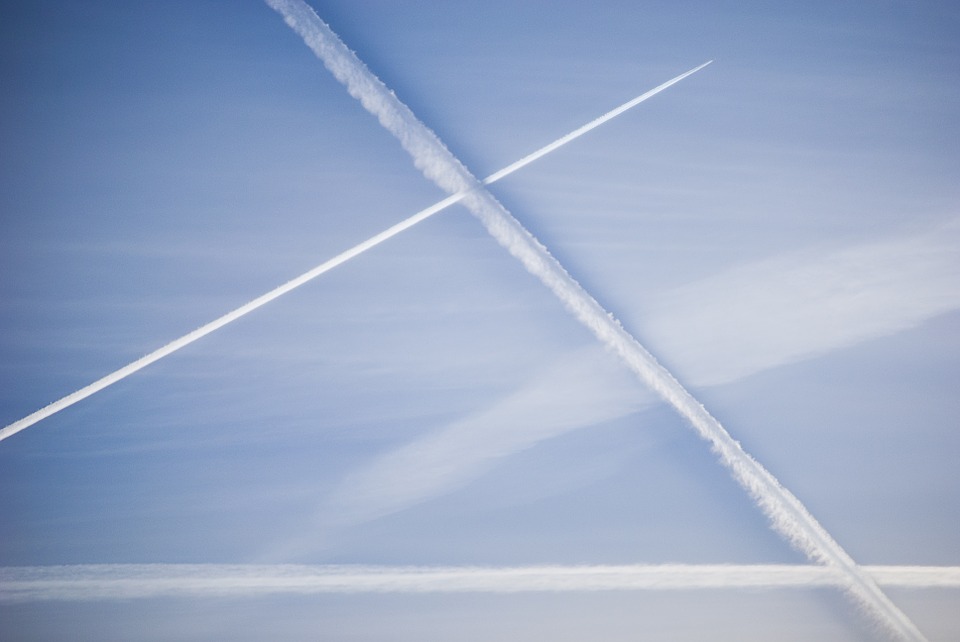 A survey was conducted among 77 scientists about chemtrails, a theory that airplanes are widely used to covertly spray chemicals from the air.

Chemtrails, a mixture of the English terms chemical (chemical) and trails (trails), are part of a conspiracy theory claiming that airliners (and military) would spread chemicals into the atmosphere, the famous white traces visible from the ground , usually considered to be water vapor that freezes as it is expelled aloft.

Abundantly relayed on the Web, here is for example a definition given by the site Chemtrails-france.com: « Secret project of the governments of industrialized countries financed illegally with your taxes and consisting in spreading chemicals in general at high and medium altitude using planes that are probably mostly military for a reason hidden from the public. »

A reason hidden from the public? Is it about modifying the climate or the weather? Influencing agriculture? Act on global warming? The theories are as numerous as they are incredible, especially regarding this last approach: chemtrails would be used to disperse biological or chemical agents intended to control populations.

« When people learn that I am a researcher who works in the field of climate study, many ask me what I think of ‘chemtrails'[…] I usually tell them that they seem very flawed to me, but I am not myself an expert in the field » explains Ken Caldeira, working for the ecology department of the Carnegie Institution for Science (United States).

After doing some little research, he realized that no study had looked at the arguments put forward by the people who relay the theory. Ken Caldeira has therefore embarked on a vast study, seeking the opinion of several hundred researchers who have published scientific articles over the past 20 years. The results of this study were published in the journal Environmental Research Letters on August 10, 2016.

77 of them answered the call and decided to study the evidence put forward by the proponents of the chemtrail theory. For example, they examined photos of contrails escaping from planes (suspicious in terms of their shape, color, etc.) or even analysis reports of samples taken in the field in the form of sediments, air and of snow, according to partisan sites.

Separated into two groups, all the scientists were responsible for dissecting the arguments relating to the supposed anomalies of the contrails of the planes, but also to analyze the information relating to atmospheric pollution and the redeposition of particles.

« Do you think this is evidence of a chemtrail program, or is there possibly another simpler explanation? » » is the question scientists had to answer, depending on the part of the subject studied.

The team returned an almost unanimous verdict. Chemistry experts have indicated that the abnormalities in the images can be due to a variation in pressure or humidity in the atmosphere, to refraction of light on ice crystals, or even caused by temperature and particles. of kerosene.

The geochemists focused on the analytical results of the three samples taken. An overwhelming majority of researchers mention strange levels of aluminum, strontium, copper or manganese present in the samples. They are thinking more of industrial pollution and natural deposits than of a massive land application program. A small part of the researchers nevertheless considers that the data are insufficient to draw a conclusion while only one of them confirms the chemtrail theory.

Ken Caldeira also asked the 77 scientists if they had ever witnessed, in their lives, evidence that could confirm the famous theory. All answered in the negative, except for the same convinced geochemist mentioned above, who indicated that he had had the opportunity to “measuring high levels of barium in the atmosphere, in remote areas, when barium levels in the ground were low”.

« The objective of this study is not to change the minds of the fanatics of these theories, but to make accessible to those who doubt, a real scientific expertise on the subject »says Ken Caldera.

The question was posed in 2010 by a student from INSA Toulouse to Hubert Reeves: