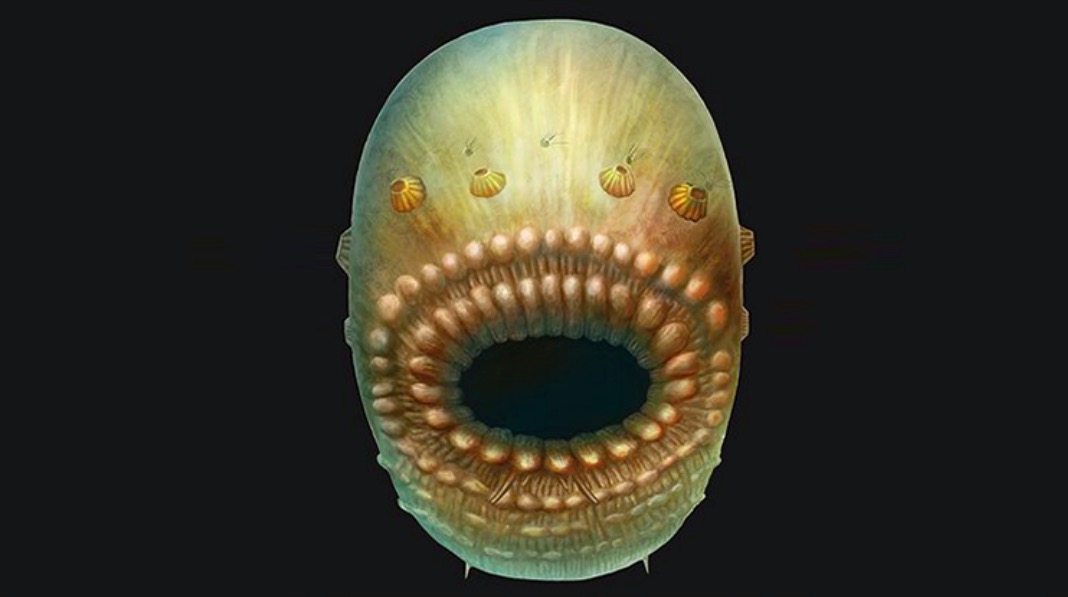 A big mouth and no anus, paleontologists add a new snapshot to our ancestral family album with the discovery of one of the oldest fossils linked to human ancestry.

The sea creature the size of a grain of rice named Saccorhytus coronarius lived about 540 million years ago, in the early Cambrian years. This new species discovered stuck in the sedimentary rocks of Shaanxi province (China) is today one of the most primitive known ancestors of Deuterostomes, a category to which humans belong in the same way as all vertebrates such as the stars of sea ​​or sea cucumbers.

Thus, the discovery of the small animal makes it possible to fill in a missing piece of the puzzle of evolution. This superphylum of animals notably includes the known groups of chordates (animals with backbones), echinoderms (animals with spiny skin such as sea urchins) and hemichordates (a category of worm-like animals) and is distinguished on criteria embryological. During the Cambrian period, the primitive deuterostomes diversified very rapidly into a large number of varied groups, which is why it was until then difficult to imagine what the earlier species might have looked like.

Biologists have a pretty good estimate of when this group of organisms split. Yet the fossil record is rather sparse, leading some to speculate that these distant ancestors were simply too small to easily fossilize. With this discovery, paleontologists now have a much clearer picture of what this ancestor looked like. The comparison is a bit hasty, as modern humans will find no resemblance to this common ancestor. Saccorhytus was indeed only a millimeter and he lived between the grains of sand in the seabed. Another detail, the creature did not seem to have an anus unlike you and me.

Simon Conway Morris, professor of evolutionary paleobiology at the University of Cambridge, nevertheless believes that Saccorhytus was « theone of the first Deuterostomes to represent the primitive beginning of a large number of species including humans. To the naked eye these fossils look like black seeds, but under the microscope the level of detail is impressive. All Deuterostomes have a common ancestor and I think Saccorhytus is a good candidate « .

At the start of the Cambrian Period, the region must have been a shallow sea and the Saccorhytus probably lived between the seeds of sediments plated on the seabed. The study also suggests that his body was bilaterally symmetrical, covered in flexible, thin skin. This suggests some kind of musculature suggesting that it could make contractile movements to move around while wriggling.

But its most impressive characteristic remains the way it consumes its food and rejects waste. Saccorhytus had a large mouth compared to the rest of its body, and small conical structures found along its body suggest that it could filter engulfed water as it passed by like evolutionary precursors to the gills we see today. in fish. Without an anus, it is also likely that the animal was rejecting its waste through its gaping mouth.

It is today unbelievable that we can trace a direct line of ancestry to Saccorhytus. Rather think of this adorable little creature as your great-aunt squirming in the sand 500 million years ago rather than a distant mother. This discovery, however, opens a new path and we are eager to see where it takes us.