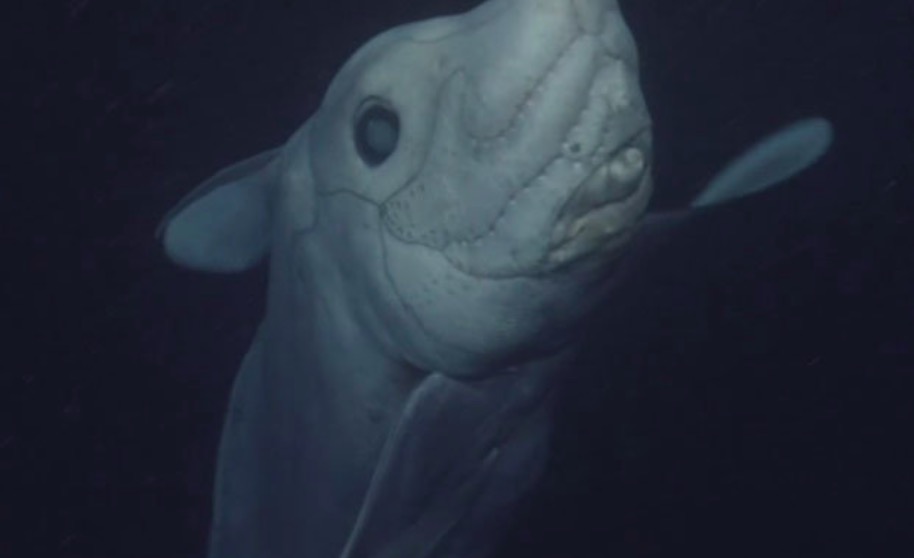 The Monterey Bay Aquarium Research Institute published these exceptional images in 2009: a « chimera » filmed for the very first time in the abyss. The species has just been clarified in the journal Marine Biodiversity Records: it would probably be Hydrolagus trolli, a “ghost shark”.

It is indeed a “troll chimera” or (hydrolagus trolli) which was filmed by a marine robot off the coasts of Hawaii and California. The species belongs to the family of chimaeriformes, also called “ghost sharks”. It is in fact a distant cousin of sharks and rays living in the abyss of the oceans which evolved differently 300 to 400 million years ago.

The animal has somewhat confused researchers since its appearance since it obviously did not resemble its known cousins ​​in this region of the Pacific. However, it has already been seen several times, also in Hawaii, much further west. It is therefore the first time that such a specimen has been seen in the waters of the northern hemisphere, the latter usually living in Oceania, not far from Australia, New Zealand and New Caledonia. Here it is, filmed more than 2,000 meters deep:

Chimeras are beautiful. Cartilaginous like sharks and rays, these fish are nevertheless distinguished by their fine fins, a pointed tail, and smooth skin. They disdain surface waters and prefer the darker waters of the abyss. This one having been observed thousands of kilometers from its known habitat until then, its observation near the Californian coasts and in Hawaii shows us once again the interconnection of the abysses which are full of strange creatures: transparent fish, giant squids and other vampire octopuses. Species living at great depths can in fact extend over very vast regions, unlike certain species that prefer surface waters.