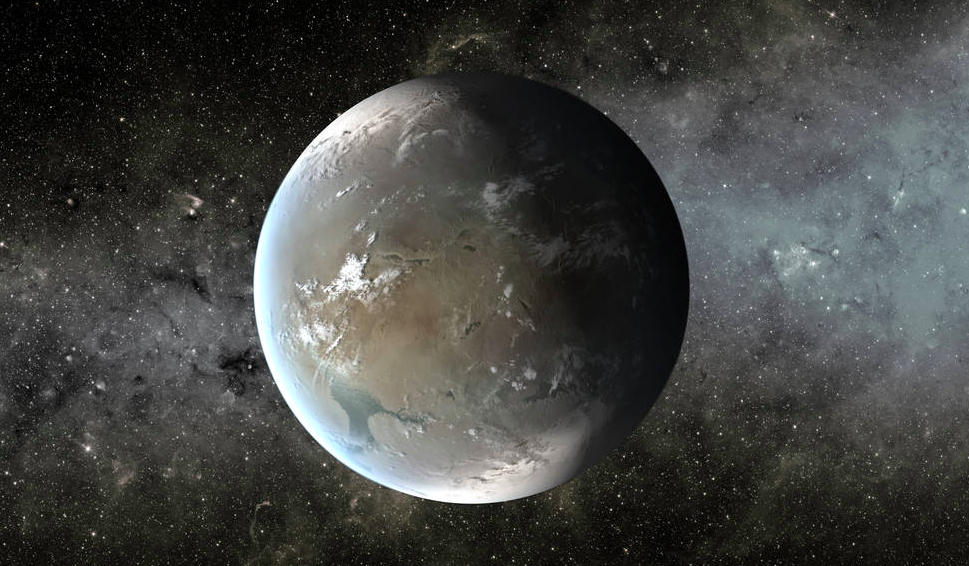 While waiting to be able to discern their atmospheres and deduce whether they are habitable, astronomers are subjecting certain exoplanets to simulations to gauge the possibilities. In the case of Kepler-62f, the presence of liquid water on the surface is possible… under certain conditions.

In 2013, the Kepler mission discovered a solar system made up of five planets orbiting around a star smaller and colder than our Sun. They will baptize this star Kepler-62. The fifth planet in this system, Kepler-62f, located 1,200 light-years away in the constellation Lyra, is 40% larger than Earth, and completes its orbit in 267 days. These criteria therefore classify it among the potential habitable worlds, presenting the best probabilities of possessing liquid on the surface.

Some astronomers focus their time and energy on finding planets in the “habitable” zone of their star. The doctor Aomawa Shields, an astrophysicist at the University of Washington, has made it her specialty. To do this, the researcher models the potential climates of these exoplanets. Indeed, we now know that the atmosphere of a planet is crucial for its climate and for a potential form of life. Concerning Kepler-62f, the astrophysicist suggests that several atmospheric « mixtures » could allow the planet to maintain a surface temperature high enough for the water to remain there in liquid form.

Indeed, to give life, the atmosphere of Kepler-62f should have a density between three and five times greater than that of the Earth and be entirely composed of carbon dioxide, or carbon dioxide. If the surface of the planet, however, does not have a natural mechanism for the production and retention of carbon dioxide, its surface would freeze. It would, however, be possible to see temperatures rise above the freezing point at certain points in its orbit closer to the star. The calculations were made using a supercomputer and known global climate models.

This is the first time that orbital models have been combined with climate models to study an exoplanet. A method that the astronomer suggests democratizing to assess the habitability of other candidate rocky planets in our galactic neighborhood. “It will help us understand how certain planets can be habitable over a wide range of factors, for which we do not yet have data from telescopes.she explains. And it will allow us to generate a priority list of targets to follow more closely with the next generation of telescopes that will be able to search for biosignatures in the otherworldly atmosphere. »