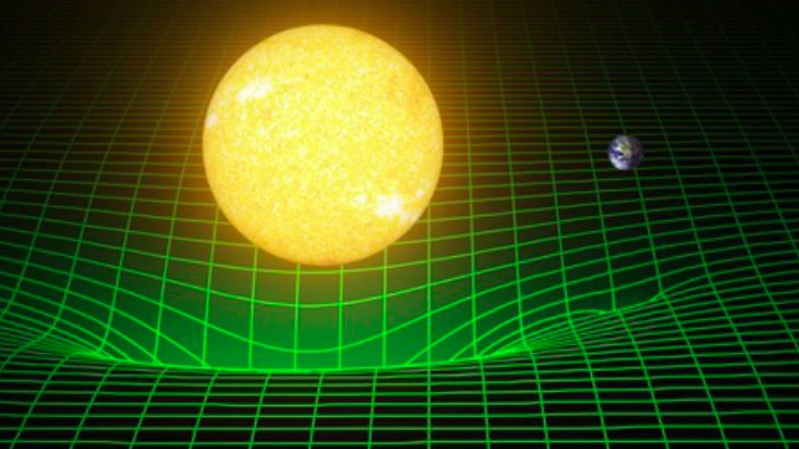 A team of researchers proposes a new theory that combines some of the most mysterious phenomena in the Universe: black holes, gravitational waves and axions. This theory may well solve one of the most puzzling problems in modern physics.

The last few years have been amazing for physics. In 2012, scientists discovered the Higgs boson after fifty years of research. In 2016 it was the turn of gravitational waves, theorized by Einstein a hundred years ago. And this year we should normally take the very first picture of a black hole. Suddenly, some theorists wondered why not combine the craziest ideas in physics into one. What if we try to detect dark matter radiating from black holes through their gravitational waves? The idea is actually far from crazy.

A few reminders: a black hole is a celestial object so compact that the intensity of its gravitational field prevents any form of matter or radiation from escaping from it. These maintain strong gravitational fields that produce gravitational waves when they collide with each other. First confirmed last year, but predicted by Einstein more than a century ago, gravitational waves are ripples in the fabric of spacetime that therefore emanate from the most violent and explosive events in the world. ‘Universe.

Regarding axions, it is a little more complicated, because unlike black holes and gravitational waves which are very real, we are not sure that axions exist. They are hypothetical very light and electrically neutral particles which could constitute the non-visible matter of the universe. To give you an idea (even if it is beyond comprehension), the axion is thought to have a mass about a billion billion times less than that of the electron. And if we could ever prove their existence, these superlight particles could solve some major theoretical problems with the Standard Model of physics.

A team of physicists led by Asimina Arvanitaki and Masha Baryakhtar from the Perimeter Institute for Theoretical Physics, Canada, actually recently proposed a theory that if axions do indeed exist and they are indeed electrically neutral, then they could be produced as vast clouds of particles produced by rotating black holes. According to these researchers, this process would be sufficient to produce gravitational waves like those that were detected last year and if this were the case, then we could use gravitational wave detectors to observe the signature of dark matter and fill thus the shortcomings of the standard model.

To image, imagine a black hole that is actually the nucleus at the center of a hypothetical giant gravitational atom. The axion particles would then get stuck in orbit around this nucleus, much like the electrons we know around the nucleus of a regular atom. Where electrons interact through electromagnetism, so they allow electromagnetic waves or light waves, axions interact through gravity, so they allow emergence of gravitational waves.

If an axion strays too close to the black hole event horizon, the hole’s rotation will overload it due to a process called superradiance which multiplies photons (light rays) as has been seen in past experiments. . This will lead to multiplication of axions in a black hole. This process could generate 10^80 axions, the same number of atoms in the entire universe, but around a single black hole.

These phenomenal quantities of axions would thus form enormous quantum waves, a bit like the clouds of electrons observed in an atom. Within this cloud, any axions that collide with each other would then produce what are called “gravitons,” another hypothetical particle thought to mediate the force of gravity. Gravitons would then be to gravitational waves what photons are to light.

According to the researchers, with improved sensitivity, gravitational wave detectors like LIGO should be able to spot thousands of these signals in the coming years, finally giving them a way to observe the signature of the mysterious dark matter that eluded us for so many years.