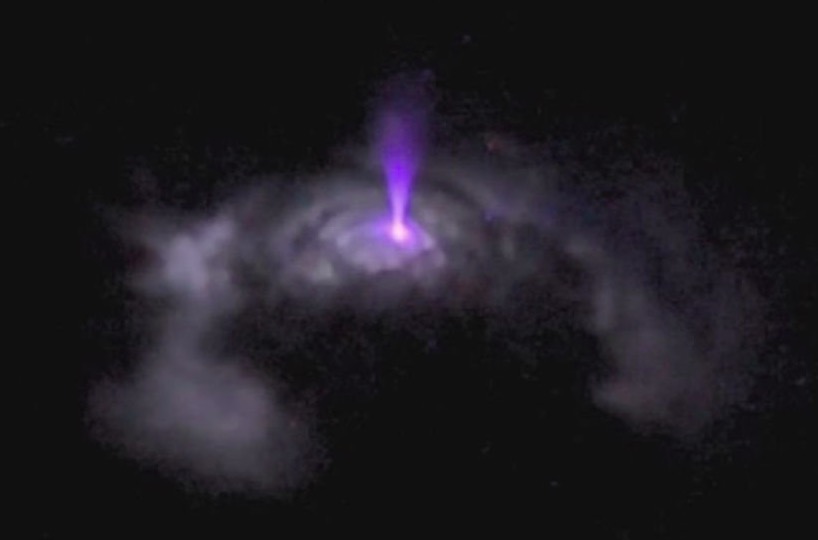 A prolonged stay in space does not only inflict a range of physical changes: many psychotropic effects are to be expected and hallucinations caused by exposure to cosmic rays are common. On the other hand, it sometimes happens that travelers 400 kilometers above the surface in space witness very real phenomena, sometimes very rare. Evidenced by these images filmed by the Danish Andreas Mogensen during his visit to the International Space Station in 2015.

While he was above the Bay of Bengal, the astronaut then managed to film two meteorological phenomena almost unknown until then. These never-before-seen images let us glimpse blue jets and red sylphs, two types of electrical discharges that only occur at extreme altitudes above traditional thunderstorms.  » The first, which take the form of bluish eruptions that move upwards, occur from an altitude of 18 km (in the upper stratosphere). The second, of a red-pink hue, are observed from an altitude of 50 km “, reports the France-Info site.

» Satellites had previously studied the phenomenon, but their angle of view is not ideal for gathering data on the scale of blue jets and blue discharges, which are smaller in size. », Can we this time read on the ESA website.  » The Space Station placed in a relatively low orbit above the Earth is on the contrary ideally located to take photos of the sylphs and the jets « . These phenomena could play a role in the way our atmosphere protects us from cosmic radiation.

According to the Institute of Geophysics at the University of Fairbanks in Alaska, these blue jets travel at speeds of over 360,000 km/h and can sometimes flash more than a hundred times per minute. The flashes are fleeting, almost elusive, with a duration between 83 and 125 milliseconds. Simply put, without a high-speed camera, you could easily mistake those weird flashes for fleeting hallucinations.

Note that an instrument called Asim (Atmosphere-Space Interactions Monitor) is currently under development in order to specifically observe these stormy and luminous phenomena. It should be installed by the end of 2017 outside the European space laboratory Columbus which is on the International Space Station.