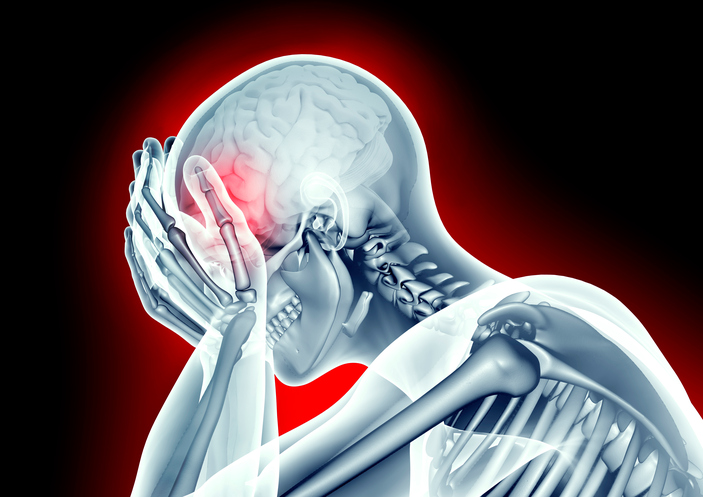 People with chronic migraine problems may one day get help from an experimental device: a patch that is worn on the arm and stimulates nerves.

In the review Neurology, a team of researchers publishes the results of their tests for a patch device to be worn on the arm to solve migraine problems. In these, 64% of participants reported a reduction in pain of at least half. For comparison, 26% of people who were given a placebo said the same.

The device, known as Nerivio Migra, has yet to get theapproval of the FDA in the United States (Food and Drug Administration, the American food and drug administration). The study was funded by the Israeli company Theranica which developed the new device.

Electrical stimulation is not new for treating headaches. Two devices already exist: one that stimulates the forehead of the person with migraine and the other that is applied to the neck. Here, the Nerivio Migra device uses another location on the body to deliver the stimulation.

The patch contains electrodes, a battery and a computer chip that triggers electrical impulses to the skin to stimulate the sensory nerves. When a migraine attack occurs, the user can launch an application on their smartphone to activate the electrical stimulation and adjust the intensity of the latter as needed.

For the 10-month study, researchers recruited 71 people who suffer from two to eight migraine attacks per month and who had not used preventive medications to treat the attacks for at least two months.

But the high rate of people who received a placebo declaring positive results and the absence of declared side effects cast doubt on the real effectiveness of this device, in particular Dr. Paul Rizzoli who declared to Live Science: “ The study showed only meager results and there is no evidence that this device is much better than the existing ones « .