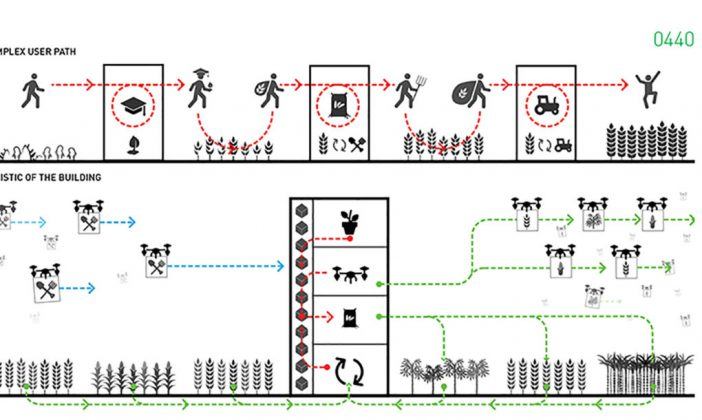 It is often said that Africa must be more autonomous to overcome the poverty that gnaws at it. Going in this direction, this innovative skyscraper project attempts to respond to the problems that arise in the rural regions of sub-Saharan Africa.

Two Polish designers imagined this project called Mashambas, which won the 2017 edition of the Evolo Skyscraper Competition, which rewards innovative and ecological projects in high construction each year.

The mission of this concept? Rethinking the organization of rural societies living in sub-Saharan Africa. Although extreme poverty has declined in the world for three decades, this area of ​​the globe is still very affected with 40% of the population living below the poverty line.

The Mashambas project is « modular and scalable skyscraper designed as a center of education and place of commerce for new farming communities » whose design “aims to increase agricultural opportunities and reduce hunger in these regions,” can we read on the presentation sheet of the project published in the magazine eVolo.

The concept is quite simply based on the green revolution that it is a question of bringing to the poorest populations. The Mashambas skyscraper was designed to be a training center for residents in new agricultural techniques, but also to become a trading platform where seeds and fertilizers will be sold.

A space will also be provided to allow newly autonomous farmers to sell their surplus production.

The skyscraper is fully modular and adjustable, meaning that it can easily be transported or even enlarged. In addition, the latter has been studied to integrate as well as possible into the agricultural space while taking up little space.

Obviously, the concept is currently only at the design stage, but its new consecration from eVolo magazine now gives it significant visibility which could eventually attract investors.