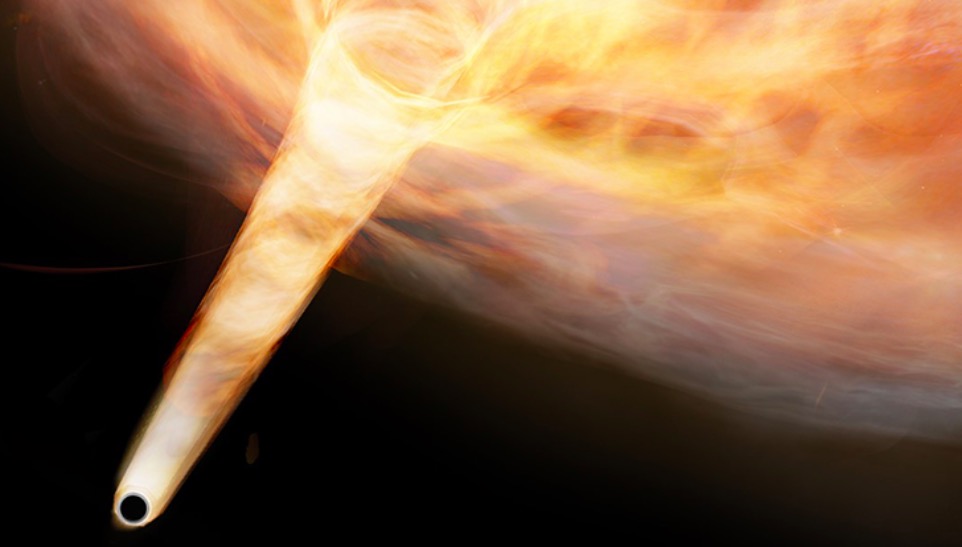 While scanning the remnants of a star that exploded 10,000 light-years from Earth, researchers at Keio University came across a strange molecular cloud, evidence of a wandering black hole in our Milky Way. .

Researchers from Keio University in Japan have combined the power of ASTE telescopes in Chile and the radio telescope at Nobeyama Radio Observatory to observe molecular clouds around the remnants of supernova W44 located 10,000 light-years from Earth in the Constellation of Aquila. They then stumbled upon a strange compact cloud with very particular movements. This cloud nicknamed “Bullet” shelters winds that can reach 100 km/s. In addition to its dizzying speeds, this two light-year cloud also moves in the opposite direction to that of the rotation of the Milky Way.

To understand the origin of this cloud, the researchers looked at how the energy of the supernova was transferred to the surrounding gas. They then discovered that its kinetic energy was tens of times more powerful than that influenced by the supernova W44. It seems impossible to generate such an energetic cloud under ordinary conditions, so where does this titanic energy come from? The research team proposes two hypotheses which both involve a black hole and its intense gravitational field.

The first scenario is a so-called « explosion » model in which the gas shell of the supernova remnant passes close to a static black hole with a mass about 3.5 times that of the Sun just massive enough to detonate and « throw » the molecular cloud at recorded speeds like a launch pad. The second scenario is a so-called “break-in” model that requires a black hole ten times larger. It suggests a high-speed black hole passing through dense gas. This gas is then dragged by the strong gravity of the cosmic ogre to form a flow of gas at dizzying speeds.

With the current data, however, it is difficult to determine which hypothesis would be the most plausible. Higher resolutions of the cloud using better telescopes like the Atacama Large Millimeter Array/submillimeter in northern Chile might give us more clues. Recall that theoretical studies have predicted that 100 million to 1 billion black holes could exist in the Milky Way.