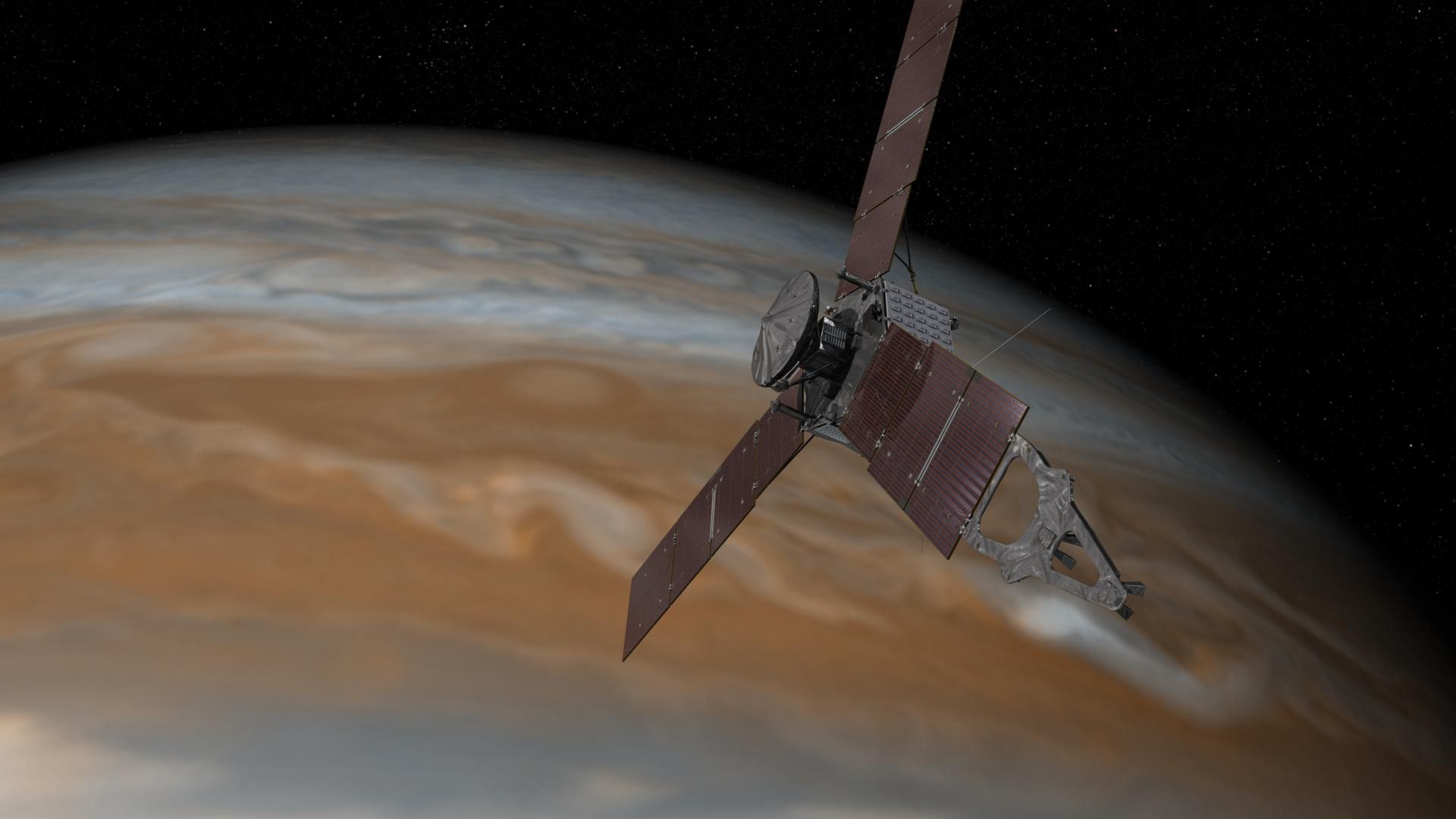 After five years of travel, the Juno probe is now under the gravitational influence of Jupiter. About twenty million kilometers still separate the probe from the giant planet around which it is expected to enter orbit on July 4th.

Juno will have come a long way. Launched on August 5, 2011 by an Atlas V rocket from Cape Canaveral in Florida, its journey will have lasted five years, with an arrival scheduled for July 2016. Its trajectory will have taken it beyond Mars orbit in 2012, before bring it back to Earth for a gravity-assist maneuver in October 2013, finally sending it to Jupiter for good. With this complex trajectory, the probe has already traveled about 2.8 billion kilometers, or as many as nine Earth-Sun round trips (more precisely 18.7 AU) at some 24,000 km / h (6.7 km / s).

But the journey is not over. Nevertheless, a great step has just been taken. On May 27, Rick Nybakkenproject manager of the Juno probe (Nasa), announced in a press release: “ Today, the gravitational influence of Jupiter is equal to that of the Sun. From tomorrow, and for the rest of the mission, we estimate that Jupiter’s gravity will dominate, reducing to an insignificant role the effects of disturbance on its trajectory by other celestial bodies. [la Terre et plus principalement le Soleil, ndlr] ».

After a five-year journey, Juno finally arrives in sight of its target, the giant planet Jupiter. Equipped with seven instruments, the probe will soon be able to scrutinize the largest planet in our solar system. Positioned 5,000 kilometers above its highest cloud layers, for 20 months and 37 orbits, Juno will then be able to probe the thick atmosphere of the gas giant, quantify the water inside and then determine which of the theoretical models on its design is closest to the facts, and also to study its interactions with its powerful magnetic field (aurora, etc.).

According to NASA, science operations above Jupiter are expected to last at least a year. The data collected will shed light on the formation, structure, atmosphere and magnetosphere of Jupiter, which was the first to form within our Solar System.