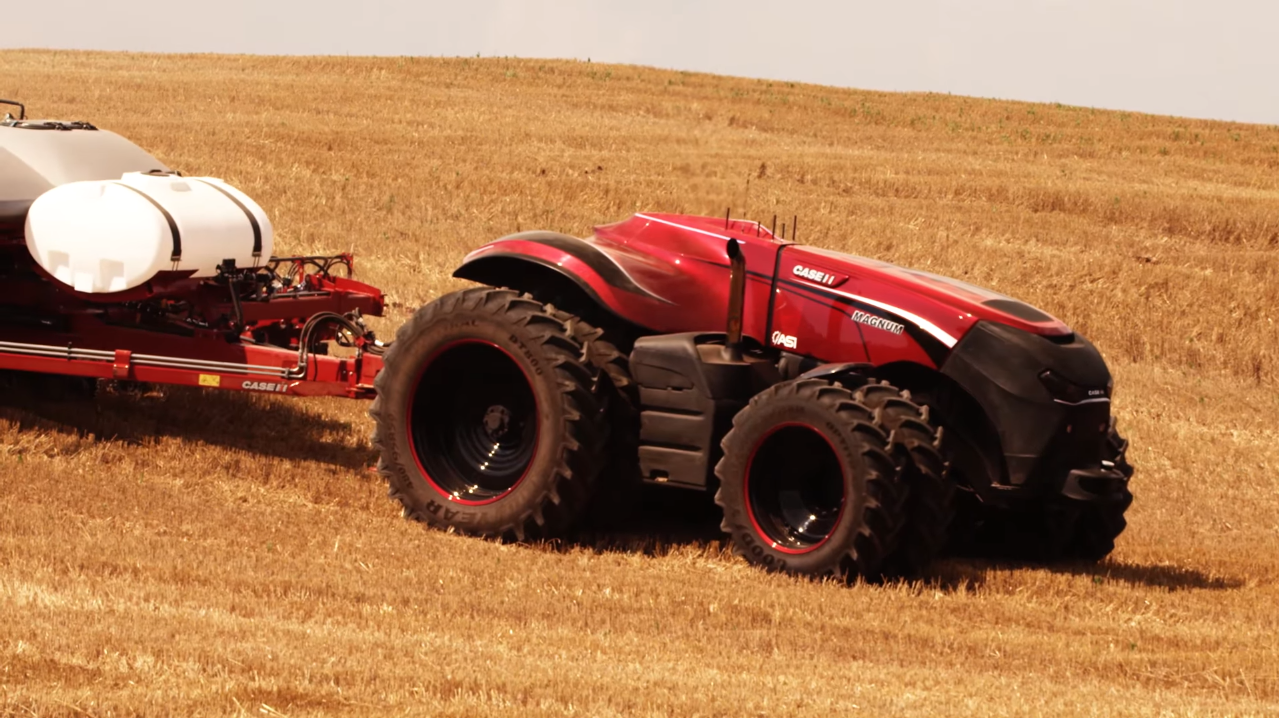 Connected and autonomous cars and other trucks have appeared on the market, which has created unprecedented enthusiasm. However, the agricultural world is also preparing to take advantage of an unprecedented autonomous vehicle: the Autonomous Concept Vehicle, a robotic tractor.

This agricultural vehicle of the future does not have a cabin since it does not carry any driver. Completely autonomous, this tractor developed by the specialized manufacturer Case IH, a subsidiary of CNH Industrial, was presented for the first time at the Farm Progress Show 2016 which took place from August 30 to September 1, 2016 in Boone, Iowa. (United States).

The Autonomous Concept Vehicle is equipped with several cameras and radars, not to mention the GPS, allowing remote control through a tablet, via a dedicated application. A true workhorse, this machine is capable of working day and night to plant, harvest or carry out other tasks it has been ordered to, while adapting to any climate.

Case IH has gone one step further by developing technology that can handle tasks performed simultaneously on multiple fields and by multiple of these robotic tractors. Even better, the Autonomous Concept Vehicle can work among other traditional machines without any problems.

The tractor has a 419 horsepower engine for a maximum speed of 50 km/h. For reasons of expectation of proliferation around this tractor of a new kind, the latter does not yet have a marketing date. No price has also been communicated about it. It will surely be necessary to wait a few years before seeing this machine at work in Europe, where it will theoretically arrive much later than in the United States. To be continued !

Here is a video presentation of the connected autonomous tractor concept: