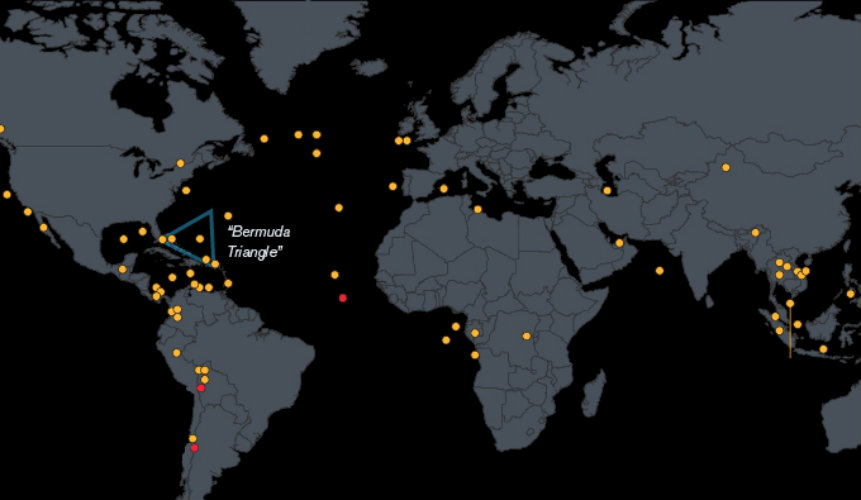 This Thursday morning, an Airbus of the Egyptair company which made a connection between Paris and Cairo disappeared from the radars. Although proportionally very rare, flight disappearances occur on average every 1.2 years. The latest is that of 2014 with the Malaysia Airlines Boeing 777.

Flight MS804, which took off from Paris at 11:09 p.m. on Wednesday evening, disappeared from radar screens shortly after entering Egyptian airspace at around 2:45 a.m. The Airbus A320 had 66 people on board, including 15 French. Like this flight, other planes have gone missing in recent years, the last being that of Malaysia Airlines in 2014.

Indeed, on March 8, 2014, leaving Kuala Lumpur with 239 people on board in the direction of Beijing, the Boeing 777 abruptly changed direction one hour after takeoff, at which time it ceased all contact with air traffic controllers. The disappearance remains to this day without any explanation. Since then, only a fragment of wing fragment of about two meters was found in July 2015, on the east coast of Reunion Island.

– February 8, 2015, other debris was discovered. Those of a Chilean plane missing for more than 50 years in the Andes with around thirty passengers on board, including some football stars. The rest of the carcass was found by mountaineers, more than 3200 meters above sea level and more than 300 km south of Santiago, far from the place of its supposed disappearance on April 3, 1961.

– In April 2011, it is in Brazil that the wreckage of an Air France Airbus A330-230 is located offshore, nearly two years after its disappearance. Flight AF447, which linked Rio de Janeiro to Paris, disappeared on June 1, 2009 over the Atlantic in an area of ​​turbulence when it had 228 passengers. Only a few very small parts had been discovered in this area, shortly after the device disappeared.

– The black boxes of a Boeing 737 of the Indonesian company Adam Air, missing since the 1st January 2007, were located on the following January 25 by an American ship at the bottom of the Macassar Strait (between the islands of Borneo and Celebes). Some debris had been discovered in this area just after the disappearance of the device. The plane, which had 102 people on board, had taken off from Surabaya (Java), in the direction of Manado (Celebes), while a major storm raged over the center of the archipelago.

– February 20, 2003the wreckage of an Ecuadorian airliner from the Saeta company, which disappeared in the Andes again 27 years earlier, when it had around sixty passengers, was found by mountaineers when the snow melted, on the flanks of the Chimborazo volcano, the highest peak in Ecuador.

– In August 1998, on the 28th more precisely, it is a plane of the Burmese company Myanmar Airways which transported 39 people, which is found a few days after its disappearance in the east of Burma. While earlier, conflicting reports had reported it intact in Laos, then crashed in northern Burma.

– A plane from the Ecuadorian company Saeta once again disappeared on April 23, 1979. It is 5 years later, that is to say the February 16, 1984, that a farmer accidentally discovers the debris of the aircraft which was carrying a total of 57 people. The device had disappeared over the Amazonian province of Pastaza (220 km south of the capital).

– October 13, 1972, Fuerza Aérea Uruguaya flight 571 of the Uruguayan Air Force had crashed in the Andes Cordillera at an altitude of 3600m, on the borders of Argentina and Chile. Two survivors of the crash managed to warn the rescuers who arrived only on December 21, 72 days after the accident. Of all the passengers, 45, only 16 had survived in the icy isolation of the Cordillera, in particular by feeding on the corpses of the victims, preserved by the cold.

These disappearances being only the main ones in recent years, this infographic represents all of the devices vanished since 1948, i.e. 82.