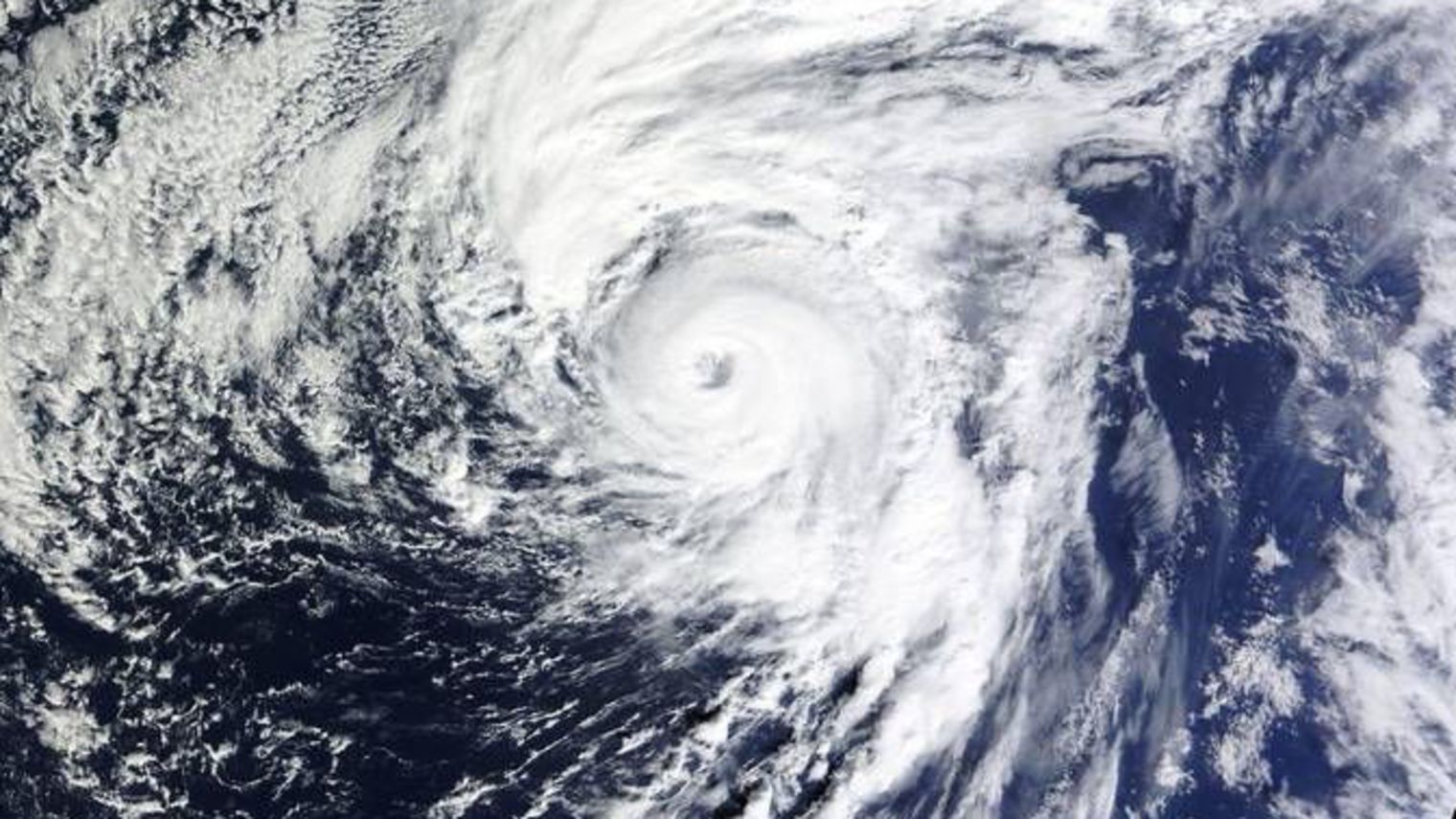 A little over a year ago, a very rare hurricane formed over the North Atlantic Ocean. Hurricane Alex is very special since it happened in the middle of January, completely outside the usual period.

This extremely rare event was spotted by the Franco-Indian space cooperation. More precisely, it is the observation made by the Megha-Tropiques satellite on January 13, 2016. Launched in 2011, this satellite has a very special orbit since it only flies over the intertropical zones, i.e. the zones where usually hurricanes, also called typhoons or cyclones depending on where you are on Earth.

Between three and five times a day, Megha-Tropiques observes the densities of water vapor present in the atmosphere with a resolution of ten kilometers. On the imagery presented below, we see at the top left the winding of cloud masses (the highest vapor densities are in blue) around an eye located in its center, it is precisely the hurricane named Alex in training.

At this point, Alex is not yet considered a hurricane, but will be the next day when wind speeds reach 140 km / h, measurements having been made by the National Hurricane Center (NHC) based in Miami, Florida.

According to a NASA press release, Alex became the first hurricane to form in the North Atlantic Ocean during January since 1938! Indeed, the hurricane season usually runs from June to November. In addition to this status, Alex will have lasted a single day whereas most hurricanes last several days.

The phenomenon had reached its peak on January 14, 2016, then the next day, it had been downgraded to the stage of a tropical storm, synonymous with loss of power. This demotion was also a great relief for the inhabitants of the Azores archipelago (Portugal), located near the Moroccan coast, who had prepared to withstand the shock.

During the summer of 2015, the Franco-Indian experts from Megha-Tropiques also witnessed a most astonishing phenomenon, namely the formation of three large hurricanes in the Pacific Ocean:

“According to experts, three simultaneous hurricanes were something quite unprecedented. What was also exceptional was capturing them in one and the same orbit of Megha-Tropiques around the Earth! », said Michel Deju, program manager at CNES.