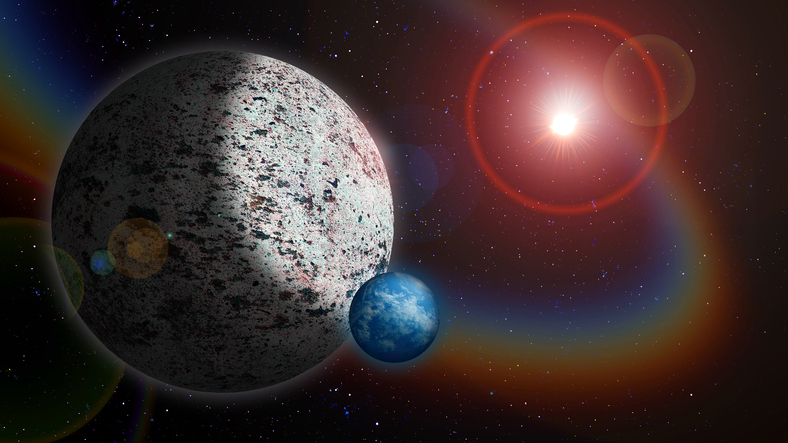 Using data from Kepler and a live television broadcast, an amateur astronomer has discovered a new system of exoplanets with at least four planets orbiting a star. Beyond discovery, this is an extraordinary symbol for a planetary science that is becoming increasingly collaborative.

You don’t have to be a professional astronomer to find new worlds orbiting distant stars. Witness amateur astronomer Andrew Gray, a mechanic in Darwin, Australia, who led to the discovery of a new system of exoplanets with at least four planets orbiting a star. It’s a discovery that joins the list of more than 2,300 known exoplanets discovered by Kepler so far. But the man did not work alone. In collaboration with other co-discoverers, the name of the mechanic therefore appears on a scientific document presenting this very important discovery.

The show Stargazing Live, broadcast on ABC with the British physicist Brian Cox, invited viewers last week to join the search for exoplanets, these planets in orbit around distant stars. After a quick tutorial, the « amateur explorers » then had the opportunity to analyze data collected on thousands of stars recently observed by NASA’s Kepler telescope. Andrew Gray meanwhile scrutinized data from more than 100,000 stars on the site before discovering the characteristic dips in luminosity betraying the presence of exoplanets. With other amateurs, they then spotted four of them, in orbit closer to their star than that of Mercury relative to the Sun in the constellation of Aquarius, 600 light years from Earth. Each planet is about twice ours.

» The results are a wonderful and fascinating surprise enthuses astrophysicist Brian Cox.  » I think the greatest significance of this discovery is that it heralds a change in the way we experience science. We can build magnificent telescopes that produce vast amounts of valuable data, we can’t yet build an algorithm that comes close to the extraordinary abilities of the human brain to look at all that data. » he explains.  » A human brain can detect patterns in data much more efficiently than any machine learning algorithm. That’s why we need everyone « .

Data is piling up and researchers now have help from everyone. The result is an extraordinary partnership where science produces data that every citizen can inspect to help make discoveries. This means that everyone can be involved in accelerating the growth of human knowledge. This discovery is not isolated. A few days ago, the data collected on the zooniverse site, launched by NASA to track the mysterious planet 9, will have made it possible to identify four potential candidates.