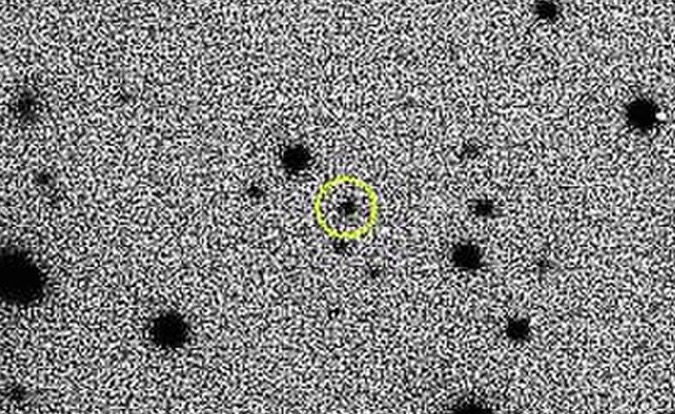 A few days ago, a team of astronomers revealed the suicide mission of a rare asteroid known as 2015 BZ509 which shares Jupiter’s orbital space. Unlike his thousands of comrades, this one sails against the grain and is clearly playing with fire.

In the solar system, most planets and pieces of ice and rock circulate counterclockwise. However, there are a handful of exceptions that defy this trend. Sometimes, fortuitous encounters indeed lead certain objects to drift, or to end up in the opposite direction, but this is quite rare. To give you an idea, it is estimated that out of one to two million pieces of rock over a kilometer in diameter in the asteroid belt, only 82 are sailing against the current.

Back to Jupiter. We know that there are about 6,000 asteroids that share the orbit of the gas giant. Imagine a huge fish on which would be grafted thousands of other very small fish. Most follow what is called a « prograde » orbit, following the rotation of Jupiter and our parent star. Thus, collisions are infrequent, because planets and asteroids go in the same direction. But asteroid 2015 BZ509 (BZ) is peculiar and plays a dangerous game with Jupiter, sharing the same orbit as its planet, but in the opposite direction. We know today that the asteroid was able to avoid the Jupiter collision for tens of thousands of years. But how much longer can he last?

According to a recent study published in the journal Nature, this little game should still last for a few million years, since the asteroid never comes too close to Jupiter with a distance a little greater than that which separates the Earth from the Sun. , or about 150 million kilometres. The closest point between the two bodies is currently 176 million kilometers away. Therefore the collision has been avoided for the time being. According to the researchers, it all ultimately comes down to a steady balance of pushing and pulling.

As to how this asteroid ended up in this position, researchers are still wondering. Some suggest it could be the inactive nucleus of a comet. These wandering bodies indeed generally follow retrograde orbits. The asteroid is still far from revealing all its secrets to us. The investigations are just beginning.