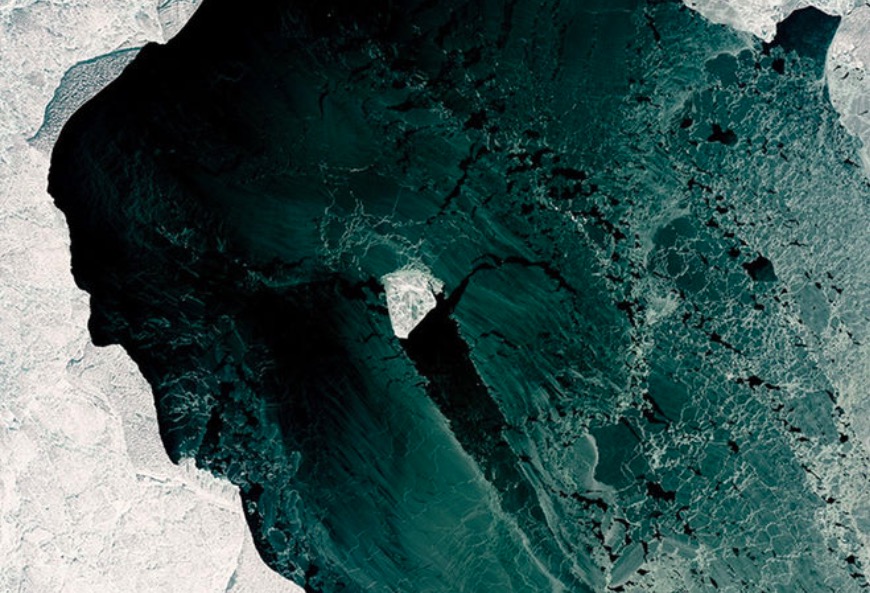 A floating, diamond-shaped piece of ice contrasts beautifully with the blue of the Caspian Sea in this Landsat 8 snapshot released by NASA.

This superb image captured by the Landsat 8 satellite imager shows us the Caspian Sea, the largest landlocked body of water in the world. This closed sea is surrounded by Russia, Iran, Azerbaijan, Kazakhstan and Turkmenistan.

The bright, white diamond-shaped piece of ice is likely to have broken off from nearby sea ice, according to Alexei Kuraev, a scientist at the Geophysical Studies Laboratory relayed by Live Science. The latter adds that it is located in an expanse of thin ice called « nilas » and defined as a crust of ice less than ten centimeters thick. Winds and currents push the nilas around the loose ice block, which has caused the creation of an open tail of water seen in the photo behind the « ice diamond ».

This diamond is also not the only jewel to have been observed near the shores of this inland sea which have been occupied for tens of thousands of years. The Gobustan State Reserve in Azerbaijan, on the eastern sea coast, is home to more than 6,000 rock drawings that span 40,000 years of history according to UNESCO. These images represent pregnant women, hunters and many animals. Archaeologists also found a 1,500-year-old stone complex with carved slabs, still on the eastern shore of the Caspian Sea.