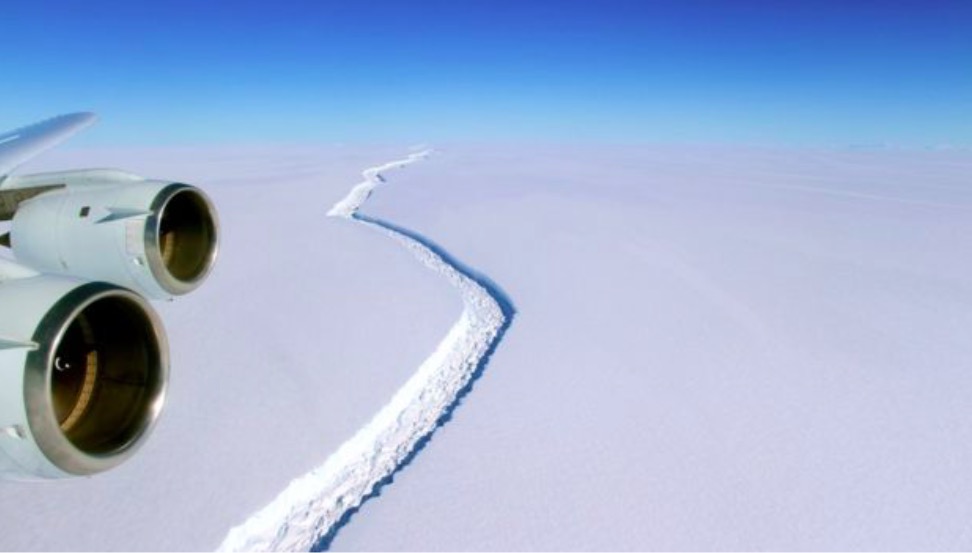 A gigantic mass of ice covering an area of ​​5,000 km2, approximately the size of the state of Delaware in the United States, is about to break away from the pack ice of West Antarctica. This detachment could spawn one of the largest icebergs ever observed on Earth.

Located to the west of the Antarctic continent, the “Larsen C” pack ice and its thickness of 350 meters worries scientists. For years, they have been monitoring a worrying crevasse formed in this area. The fault, which has just suddenly widened, now measures nearly 150 km in length. Only about twenty 20 km of ice still holds to the continent.  » The detachment of the iceberg is imminent « , explains Professor Adrian Luckman, seeing there  » a major geographical event that will change the landscape of this area.

« JI’d be surprised if this doesn’t come off in the coming months », continues the researcher. If so, melting ice in Antarctica is expected to cause “ the detachment of one of the largest icebergs ever observed on Earth « . The only certainty is that this gigantic mass of ice will not cause the waters to rise: the part of the pack ice that should break off is already floating on the water. Thus, the melting of Larsen C will not directly contribute to sea level rise. that this phenomenon will imply: by breaking away, the Antarctic will not only lose 5000 square kilometers of ice, but new fractures could indeed be created and give rise, in fact, to new creations of icebergs. And if all the retained ice ends up completely penetrating the waters, the global sea level could rise by several centimeters this time.

Due to the uncertainty surrounding the stability of the ice shelf, the researchers chose not to camp on the ice this season. On this same piece of pack ice, Larsen C is indeed not the first to break away. His cousins ​​Larsen A and Larsen B became ice-free in 1995 and 2002 respectively.