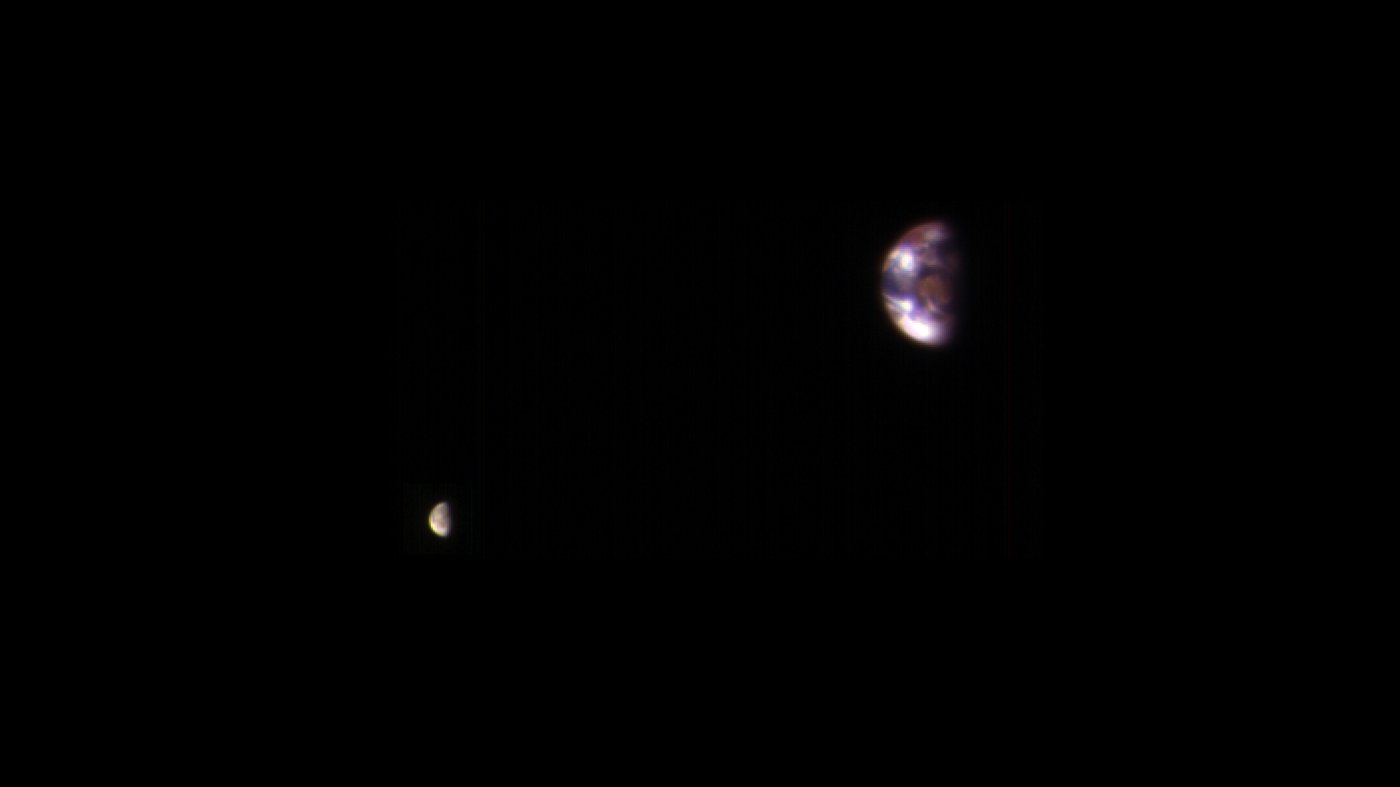 An incredible photo captured from space by the Mars Reconnaissance Orbiter probe shows us the Earth appearing alongside the Moon. Something to put our lives in perspective.

In orbit since March 2006 around Mars, the Mars Reconnaissance Orbiter probe has greatly contributed to the exploration of the red planet. With six scientific instruments and two large solar panels of ten square meters each, the probe will have sent an impressive flood of data to Earth in ten years: no less than 264 terabits of images, measurements and telemetric data. Witness this latest photo captured by the HiRISE camera, which shows our beautiful blue planet at a distance of about 205 million kilometers, posted next to the Moon. You can even see Australia (the reddish blob in the center of the Earth) and Antarctica to the South, covered in clouds:

The image above combines two separate exposures taken on November 20, 2016 by the spacecraft with their brightness slightly adjusted so that the Moon can manifest relative to Earth’s brightness. But make no mistake — although the two bodies look particularly close together in this photo, that’s because the Moon sits behind the Earth from Mars’ perspective. In fact, the distance between our planet and the Moon in this photo is about 30 times the diameter of the Earth, or 384,400 km.

It’s crazy to think that in the near future we might have Men on Mars peeking over their shoulders to gaze upon our lovely planet. The Earth is definitely a unique body of its kind and singular in every way. Taking some distance allows you to have the perspective necessary to appreciate one of the most beautiful residents of the Solar System. Check out more images of Earth taken from space here. Have a good trip !