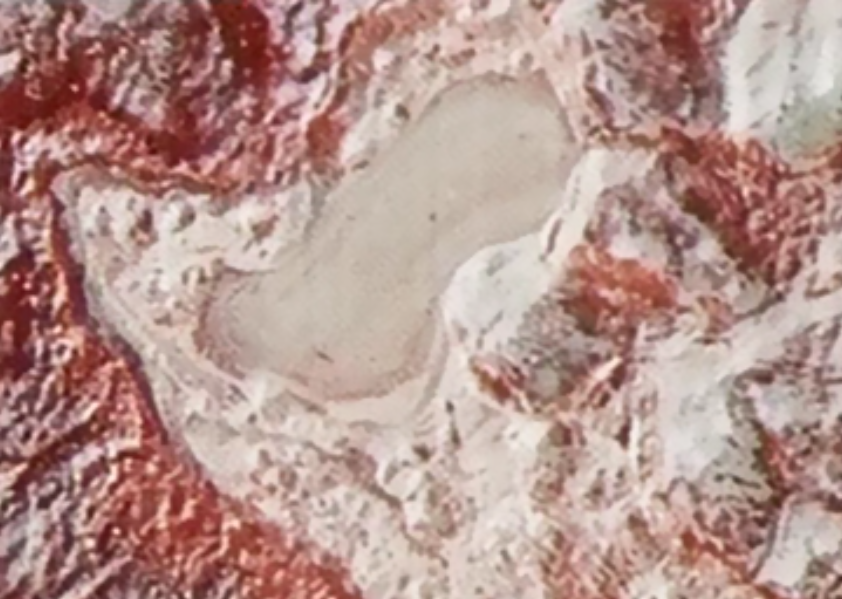 The mystery grew day by day, indeed the increased speculations since October and the discovery of very strange forms on Pluto. Geologists claiming that these forms looked suspiciously like terraced structures around a potential lake.

The teams of the New Horizons mission have decided, the improbable hypothesis a few years ago that this structure is due to « liquid materials » seems to be true. But that’s not all, the continuation of the study would highlight geological structures similar to traces of flow, in simple terms, of rivers. Pluto is a rather surprising celestial body, in particular its atmosphere, which is very fluctuating, fairly frequently assimilated to a kind of Milankovitć super cycle (a theory that accounts for the alternation of glacial and interglacial cycles that the Earth has known , a theory that can of course be exported to other planets).

The only real parameter that varies on Pluto compared to our planet is the inclination of the axis of rotation,  » On Earth it changes by plus or minus 1° only while it oscillates by more than 20° on Pluto, suddenly the Milankovitć cycle is much more extreme than on Earth “, according to Richard Binzel, professor at MIT and member of the research team of New Horizons. During a conference last Tuesday, Alan Stern, director of the mission affirmed that « nbone models show that the pressure may have been 1,000 to 10,000 times higher in the past « . The repeated variations of the pressure of Pluto and of these atmospheric conditions could have allowed the star to have the necessary conditions for the presence of liquid nitrogen.

What about Pluto’s dark belt? The study is also leaning on this characteristic of Pluto, a zone of more or less 13° around the axis of the equator is always excluded from the zone of the polar circle of the star. This dark belt is thus never found in a seasonal polar night, the New Horizons probe analyzed this band, which revealed a very cratered zone, in this region more heated than the rest of the planet. Many puzzles and questions remain unanswered about Pluto, however the New Horizons team provides answers to some of these questions, a few days after revealing the potential presence of cloud on Pluto