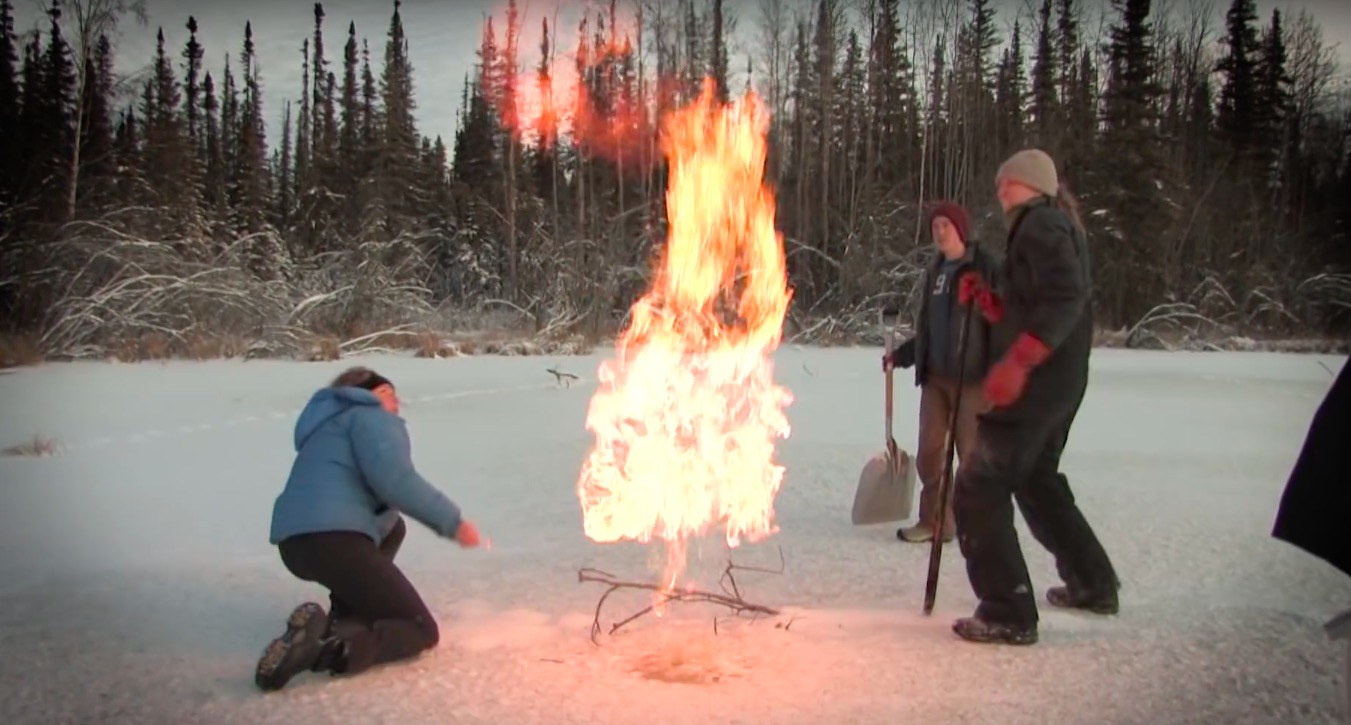 Among the effects caused by global warming, in the Arctic, the surface of the lakes gives rise to large bubbles of methane which escape from the surface. To understand this phenomenon, NASA will be interested in it from afar, namely from space.

In June 2016, it was the fourteenth consecutive month that the thermometer broke heat records around the world. A global warming which is not without consequences for natural environments, particularly in the Arctic, where large bubbles of methane are now gurgling on the surface of lakes. So much so that now all it takes is a single match to ignite a huge flame above these lakes.

This is caused by the melting of permafrost, this icy ground at high latitudes supposed to remain frozen throughout the year, but which due to warming is melting in places, causing land subsidence and sorts of depressions filled with water. liquid, called thermokarsts. As Motherboard explains,  » carbon, stored in permafrost for millennia, is then metabolized by microbial communities in peat and lake sediments; this phenomenon produces methane, which escapes in the form of bubbles to the surface. When the lakes freeze again in winter, methane bubbles accumulate below the surface of the water, creating a long-term “pressure cooker” effect. »

NASA is taking a close interest in this phenomenon, and will for the first time observe permafrost from space through the project Arctic Boreal Vulnerability Experiment. This involves combining measurements taken over several years on the ground with satellite observations of the evolution of this soil, in an attempt to predict the future locations and volumes of this methane escape. Indeed, methane is a greenhouse gas with a significant influence on the climate. Melting permafrost could release huge amounts of it into the atmosphere in the future, making the current sad situation worse.