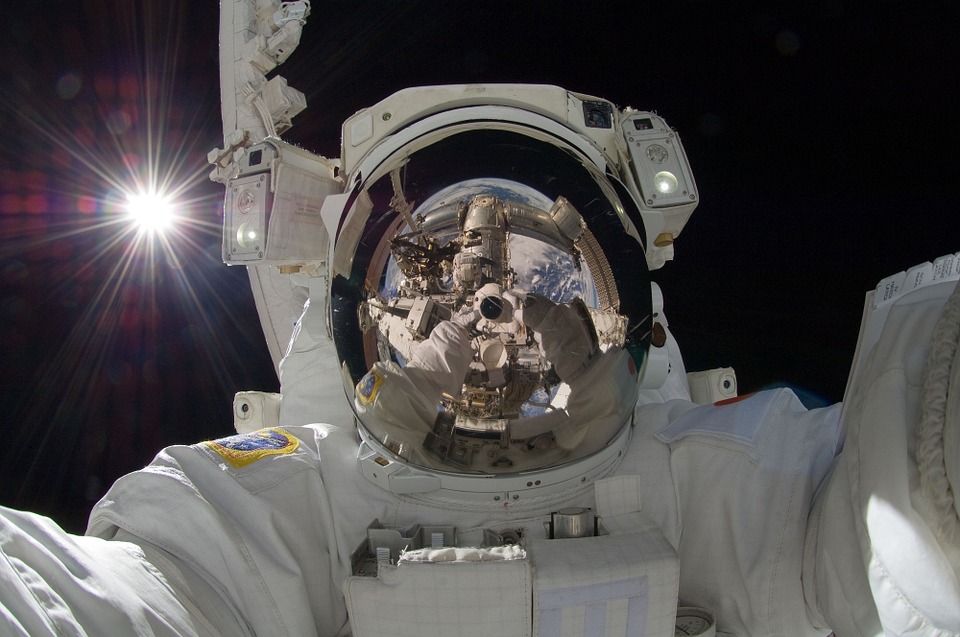 Apart from the Earth of course, are there places in the Solar System where it is theoretically possible to remove your helmet? This is the question that Fraser Cain, editor of Universetoday, one of the most popular sites on the subject of astronomy, wanted to answer.

As Fraser Cain, editor of the best-selling astronomy site Universetoday and host of Astronomycast, puts it very clearly,  » It’s been a long time since I read the Nasa manual on wearing a helmet, but if I remember correctly, there is only one major rule: when you go into space, keep your helmet on!“. Indeed, what happens if you remove your helmet in space? All the air will rush out of the lungs and you will pass out within 45 seconds. Deprived of oxygen, death comes in a few moments, then the body will freeze and float in space forever.

But is there a leeway, a place in the Solar System where you could take off your helmet for a few moments without dying? First of all, we must understand why we do not need it on Earth. The atmospheric pressure must be between 0.5 and 5 times that of the Earth for the lungs to be properly inflated. The surrounding temperature must also be neither too hot nor too cold, and the air we breathe must contain both oxygen and nitrogen.

The first place indicated by Fraser Cain is Venus, or rather 52.5 km altitude of Venus, where the temperature is about 37°C, and the air pressure is about 65% that of the Earth. Problem, this region is in the middle of clouds of sulfuric acids which are toxic for humans, and the atmosphere is rich in carbon dioxide, which would quickly asphyxiate us. But assuming you have some sort of air supply to breathe and a suit to protect you from the sulfuric acid, we could survive it without a helmet for as long as we wanted.

Another possibility is the surface of Titan. Indeed, with a pressure equivalent to 1.45 times that of the Earth, there would be no need for a helmet, but the problem is the temperature, equivalent to -179°C. It would therefore be possible to remove one’s helmet for a brief moment before the face freezes, if one holds one’s breath. Indeed, the slightest breath taken would cause the lungs to freeze.