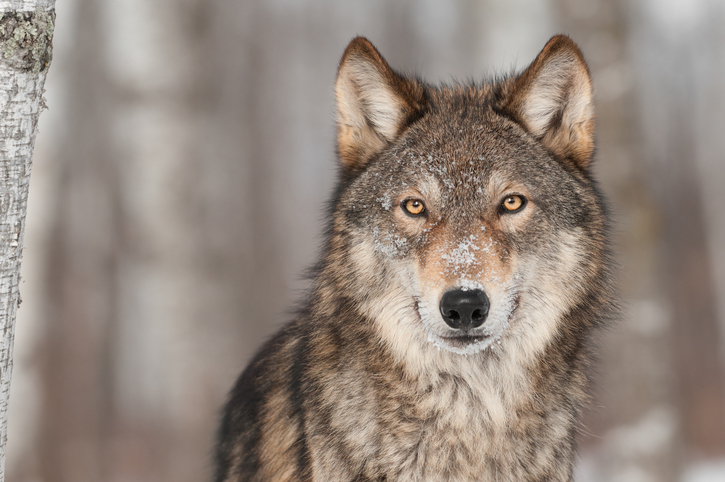 The question is asked in a new study. Indeed, the latter come closer and closer to human dwellings, feed on livestock and waste, gradually abandoning wild prey.

Thousands of years ago, the wolf was domesticated by man. Since then, this one is a wild animal which tends to be less and less because of the ever greater occupation of natural spaces by human beings. Today, the wolf feeds up to 32% of food from human activities (waste, livestock), a behavior that could be fatal.

According to a study published in the journal BioSciences and conducted by evolutionary biologist Thomas Newsome and his team at Deakin University in Melbourne, wolves in some parts of the world are increasingly looking more like dogs.

Populations of dingoes (wild dogs) were observed by the same team in 2014 in the Tanami Desert, Australia. It turns out that these animals feed directly in waste management sites. In addition, the latter tend to become fatter, but also less aggressive and able to mate with domestic dogs belonging to the inhabitants. The results confirmed that these dingoes are genetically isolating themselves, increasingly setting themselves apart from other, wilder dingoes. We are then undoubtedly witnessing the creation of a new species.

Thomas Newsome’s team has this time studied large carnivores living near human beings, such as Asiatic lions in Gir National Park (India). The latter now kill livestock and have become less aggressive towards humans like the Australian dingoes.

Wolves, which usually live in isolated regions of Eurasia or North America, have a tendency for some of them to get closer to men. In Iran, wolves kill chickens, goats and also feed on garbage and a similar situation can be observed in Greece.

According to the researchers, wolves could increasingly mate with domestic dogs (or coyotes) and observe a kind of genetic drift like dingoes. Thus, wolves could « become » dogs again by the same process as in the distant past.

Robert Wayne, a specialist in dog genetics at the University of California (United States), is however not in phase with this hypothesis. For him, animals like the lynx or the coyote, more accustomed to human presence, would have a better chance of being domesticated.

Be that as it may, the evolution of wolf behavior could ultimately cause harm to the species, because many conflicts exist with humans, especially with shepherds and other farmer-herders. Indeed, these wild animals would have to be able to live by themselves by hunting their prey and interacting as little as possible with human activities to save the genetics of the species.