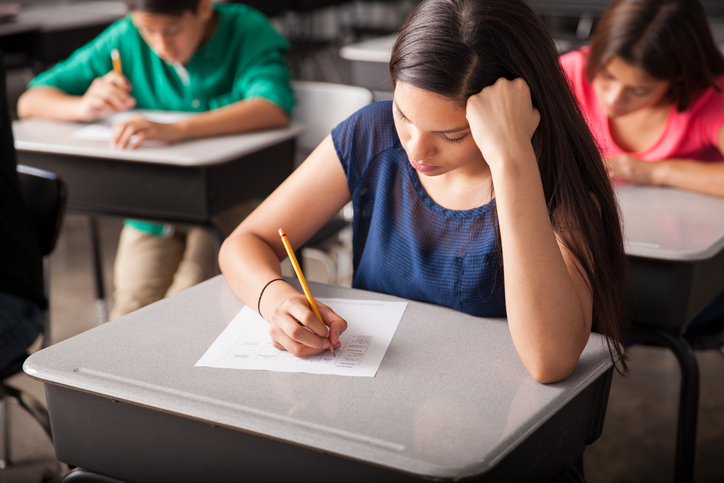 Criticized, expensive and not necessarily representative of skills and the thought process, the standardized school exam could eventually disappear in favor of an artificial intelligence allowing a constant evaluation of the progress made.

Education is running out of steam and the systems put in place to assess knowledge, whether spot checks or standardized exams, are regularly subject to criticism. Not only are they very expensive, but these exams teach those who take them to « pass » a test at a given time rather than assessing long-term thought process, creativity, and critical thinking.

As Motherboard writes, these exams are there to  » certify the baggage acquired by an individual during years and years spent under the responsibility of the school. Education is expensive, very expensive for the State and citizens expect it to be able to prove that it has ‘used for something’ in one way or another“.

In the review Nature Human Behavior, Rose Luckin, researcher in education sciences at University College London, explains that a real alternative now exists: a kind of individualized continuous monitoring allowing the constant evaluation of progress and skills. This is the artificial intelligence called AIAssess developed at the UCL Knowledge Lab.

» AI today has broad and extremely general applications. She is everywhere. We entrust our personal, medical and financial data to him without complaining, so why not entrust our children to him? It is perfect for assessing their knowledge and the subtlety of their understanding of school curricula.“, writes the researcher.  » The techniques used in AI such as modeling and machine learning are applied to the educational framework so that the AI ​​can assess the student on a specific point or in a given subject.“, she adds.

AIAssess provides students with step-by-step activities to assess and develop their conceptual knowledge including  » knowledge of the object studied, the metacognitive perception of the student and his knowledge of his own strengths and weaknesses“. This AI is divided into two points. First there is an integrated body of knowledge, a kind of information bank which can be used by the student to find the correct answer on his own. This allows a good evaluation of the work provided by the student. Next, a model that allows students to be described individually and able to analyze how a specific student learns to predict their potential.

The researcher explains that setting up such a system in the United Kingdom would cost, for example, some 600 million dollars, which is less than the standard evaluation system currently used. But she is also aware of the ethical questions posed by such a system.  » Ethical issues related to AI are tricky and become all the more thorny when the education of young people comes into play. Sharing data raises a multitude of questions relating to privacy, intellectual property and property. . If we are to create AI assessment systems that are likely to be accepted and adopted by students, teachers, and parents, it will take close collaboration between educators and developers to define standards that facilitate data sharing while guaranteeing compliance with ethical constraints“, she writes. Not to mention political issues…