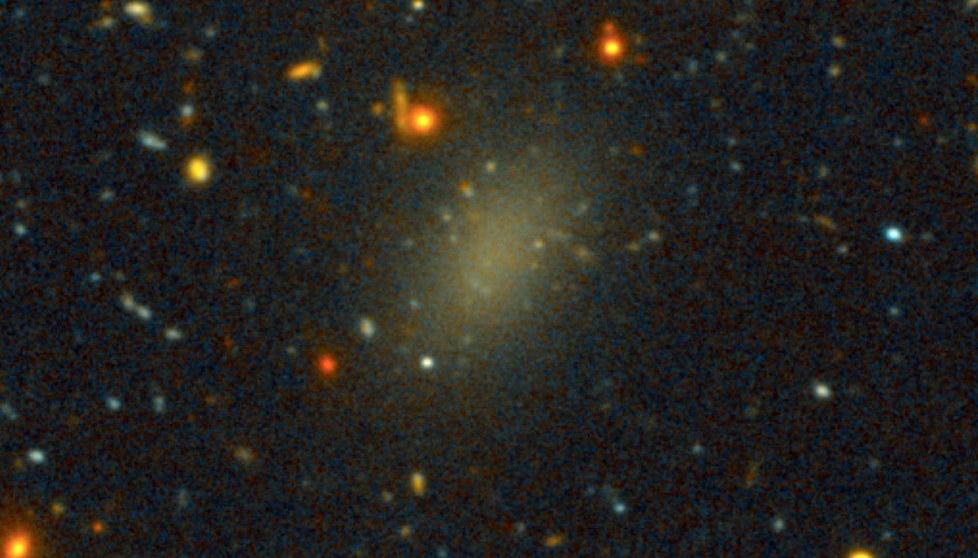 By combining the most powerful telescopes in the world, an international team of astronomers has discovered a massive galaxy made almost entirely of dark matter.

The Galaxy Dragonfly 44, located in the constellation of Coma, close to the Milky Way, has long been observed due to its unusual composition. The size of the Milky Way, it would contain about a hundred times fewer stars. By combining the power of the WM Keck and Gemini North telescopes, both based in Hawaii, the researchers were able to measure the speed of stars inside the galaxy. They then discovered a huge amount of « invisible mass ».

The speed of stars tells us about the total mass of the galaxy. The faster the stars go, the more massive the galaxy. But surprisingly, the researchers observed that the stars move at speeds that are much greater than expected for such a galaxy.  » It means that Dragonfly 44 has a tremendous amount of invisible mass,” said Roberto Abraham, of the University of Toronto and co-author of the study.

Few months ago, Pieter van Dokkum, lead author of the study published in the Astrophysical journal Letters, before establishing that these galaxies indeed contained giant clusters of dark matter, holding the stars and not letting them escape. The discovery of this “dark” galaxy is therefore a godsend for the researcher: “It is a great event for researchers studying dark matter. It contains almost no « superfluous » objects, such as stars or gases. But it is 99.99% dark matter that we can study. »

The researchers note that the discovery of a galaxy composed mostly of dark matter is not new; ultralight dwarf galaxies have similar compositions. But these galaxies are about 10,000 times less massive than Dragonfly 44.

Be aware: The mass of Dragonfly 44 is estimated to be 1 trillion times the mass of the Sun, or 2 tredecillion kilograms (a 2 followed by 42 zeros), which equals the total mass of the Milky Way. However, the stars that make up this galaxy are only one hundredth of 1% of this mass. The other 99.99% is in the form of dark matter – material that remains invisible, but could account for the mass of more than 90% of the entire universe.