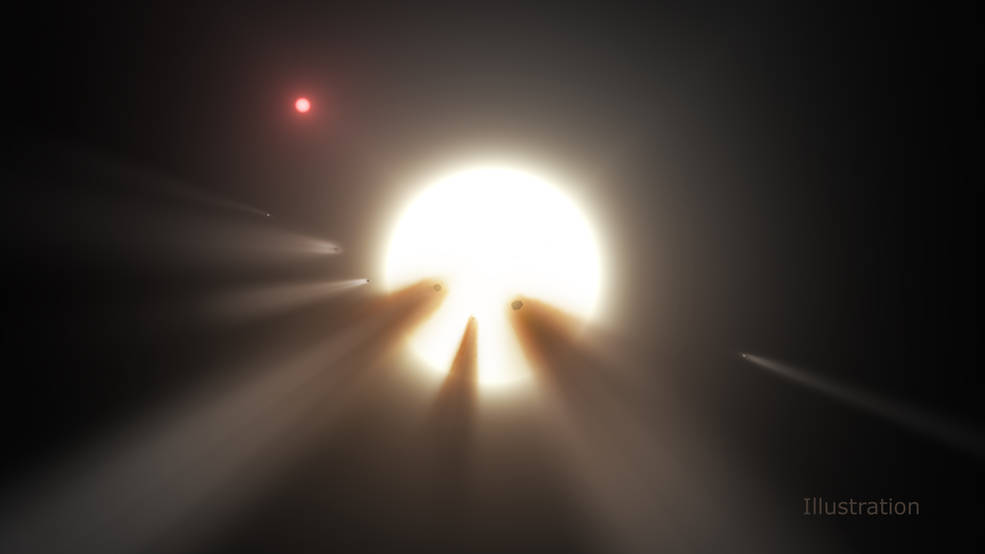 Located 1,500 light-years from Earth in the constellation Cygnus, KIC 8462852, aka « the most mysterious star in the Galaxy » because of its strange variations in brightness, is still baffling scientists. Besides, they could use a little help.

A few months ago, astronomers caused a real media buzz after the announcement of the discovery by Kepler of a strange star, KIC8462852, around which gravitated a mass of “unidentified objects”. After considering all the natural hypotheses to explain the strange variations in luminosity of KIC 8462852, observed by the Kepler space telescope, its discoverers only kept the scenario of a swarm of comets as the most probable. The question nevertheless remains hotly debated, the unpredictable fluctuations in luminosity still perplexing most researchers.

When do light dips occur? How long will they last? And the killer question: who causes these dips in brightness? These are the questions, among others, that torment astronomers. To test the various hypotheses, the ideal would be to keep one eye permanently turned on this star, in order to collect as much data as possible. Unfortunately, following a technical problem, the Kepler space telescope, at the origin of its discovery, can no longer shine its eye on the window between the Swan and the Lyra.

To compensate, scientists have recently been using the global network of private telescopes of LCOGT (Las Cumbres Observatory Global Telescope Network). Less sensitive than Kepler, these telescopes nevertheless make it possible to follow the star from day to day and to warn in the event of sudden drops in luminosity. But the network being private, time and money are lacking. So the researchers need you: We need more data and we need your help! proclaim the organizers of the financing project.

So, if you want to take part in the adventure and, why not, contribute to one of the most beautiful discoveries of our century, don’t hesitate to go to the Kickstarter platform!