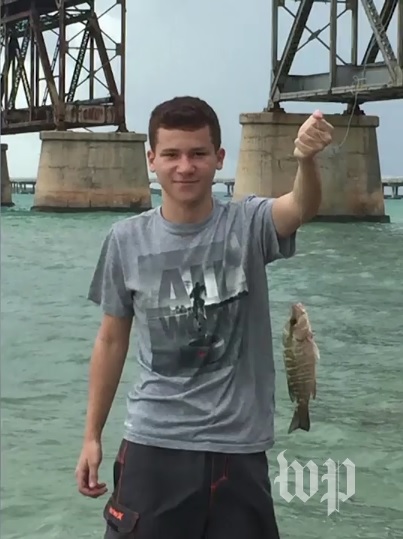 An unexpected cure for this American teenager who recently became the host of a brain-eating amoeba, an extremely rare unicellular micro-organism which causes death in 98% of cases. Taken care of in time, his chances of survival were still minimal.

A vacation that could have had a very sad end for the family of young Sebastian, a 16-year-old American teenager. While visiting a famous amusement park in Florida, the young man was struck by intense and very violent headaches, to the point that the simple fact of laying a hand on him became impossible. Admitted urgently to the hospital, the doctors initially believed in meningitis, since he presented some of the characteristic symptoms of the disease, such as an aversion to light or even nausea.

Only, other symptoms of meningitis were not those of Sebastian, like the stiffness of the neck, very characteristic of the disease. A lumbar puncture was then performed on the young man to analyze the cerebrospinal fluid, and the head of the laboratory, Sheila Black, then detected the presence of an amoeba of the type Naegleria fowler, or brain-eating amoeba, a name that is cause for concern. It is a single-celled micro-organism that lives in shallow water at a temperature of more than twenty-five degrees and that infiltrates the nose of bathers to go up the olfactory nerve to the brain, in killing everything in its path.

This is a very rare case, since since 1962, in the United States, only 138 people have been affected by a brain-eating amoeba. But what is even rarer is to recover from it, since out of these 138 people, only three survived, that is a recovery rate of 2%. Injecting an antidote before the microorganism reaches the brain is crucial in these cases, and in Sebastian’s case the doctors did it in twelve minutes. This did not prevent the doctors from being quite pessimistic, they who suggested to the parents to  » bid farewell to their son“. The young man was then plunged into a medicated coma with his body refrigerated at almost 33°C, while waiting to see if the antidote was effective or not.

Three days later, they no longer detected any trace of the amoeba in the organism of Sebastian, who was able to leave the hospital after two weeks of treatment and observation. One of the teen’s doctors, Dr. Dennis Hernandez, called the healing a  » divine intervention“, during a press conference.