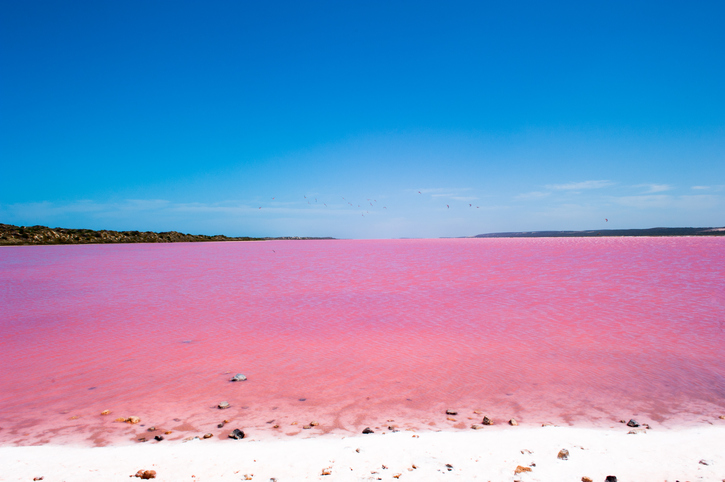 In a park in Melbourne, Australia, a salt lake completely changed color to bright pink a few days ago. What explains this astonishing and beautiful phenomenon?

If we knew until then the lagoon of Las Coloradas, in Mexico and the lake of Middle Island, in Australia, both famous for being permanently pink in color, those which suddenly turn pink are rarer. We can cite the example of this lake located in the northeast of China. A few days ago, another lake, this time in Australia, embraced this very special color.

We are in Melbourne, in Westgate Park. If the phenomenon is astonishing, it remains quite natural as the New York Times explains.  » It is very real and it is a natural phenomenon that occurs almost everywhere on the planet. This is what happens when the only living thing in an extremely salty lake is a single-celled, salt-loving microbe that makes pigments called “carotenoids” « .

A lake turned pink in Australia. It’s not the only one. https://t.co/iUmJoUgiEj pic.twitter.com/koBvFiIpQS

In this specific case, the organism causing this bright pink color is an algae,  » unicellular and harmless, the “Dunaliella” “, explains Mark Norman, the scientific manager of Parks Victoria. The combination of high heat and low humidity that affects Australia during this period explains the presence of this algae.

» When the water evaporates, the salinity increases eight to ten times compared to the level of the ocean (in comparison, for the Dead Sea, the ratio is one to six), which creates an extreme habitat or little organisms can live. In the case of Westgate Park Lake, the only thing that can live there is single-celled algae. When salt concentrations are incredibly high, it produces carotenoids that give the lake its color “, adds the American daily.

In fact, this same salt lake in Westgate Park has already experienced such a pigmentation event, it was in 2014. As the climate warms considerably, these types of events are expected to occur less and less infrequently.