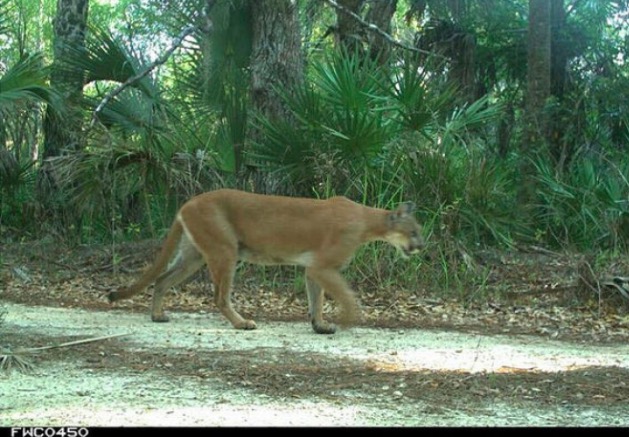 For the first time since 1973, baby Florida panthers have been spotted north of the Caloosahatchee River in Florida. This is great news for this critically endangered species.

A few months ago, a walker was surprised by a Florida panther (also called Florida puma or Florida cougar) during her nature outing in the Corkcrew Swamp reserve. She had then filmed her walk when the animal suddenly appeared before fleeing.

The young woman was very lucky at the time, because this kind of meeting is becoming increasingly rare. This region of mangroves and cypress forests serves as a refuge for hundreds of species of very rare animals such as the Caribbean manatee, the leatherback turtle or the one that interests us here, the Florida panther which threatens to go extinct. .

Only males had been spotted north of the river and for decades it was assumed that females refused or were unable to cross the river. But recent observations attest to the contrary.

» So far everything led to believe that the panthers were breeding south of Caloosahatchee “Explains in a press release Kipp Frohlich, of the Florida Fish and Wildlife Conservation Commission’s (FWC).  » These images of a female and her young indicate that they are now moving north of the river « .

These observations are really good news. The Florida panther has indeed seen its population drop considerably, in particular because of the drying up of the marshes. Protected since 1967, today only a hundred remain in the wild. One of the main reasons for this gradual disappearance comes in particular from its difficulty in feeding itself.

The Florida panther mainly hunts small game (hare, raccoon, wild boar) and birds, the same animals that are also hunted by humans. Faced with this difficulty in finding food, the panthers are then forced to expose themselves in order to be able to eat. They then in turn become prey for motorists and for hunters tired of seeing their herds being attacked.