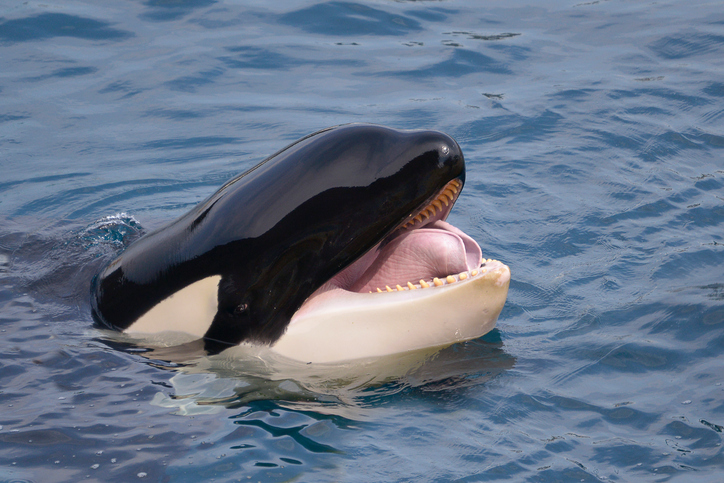 Seeking to understand what threatens the health of killer whales on the West Coast of the United States and Canada, researchers have collected droplets blown from the blowholes of an endangered killer whale population. They then discovered harmful bacteria and fungi. And Man would be to blame.

Killer whales have been studied for more than forty years in the Salish Sea, in the northern Pacific Ocean, where their numbers have steadily decreased in recent years. In 2005, the species was declared endangered and in December 2016, only 78 individuals were listed. Eager to understand what threatened the health of these marine mammals, a team of researchers from the University of British Columbia, Canada, collected 26 samples of droplets blown through the vents of animals returning to the surface to breathe, using long aluminum poles to which petri dishes were attached. They then discovered bacteria and fungi that could be responsible for their low numbers in the region. And according to the researchers, human activities are to blame.

» We wanted to know what kinds of bacteria and fungi make up the microbiome of healthy killer whales, and the potential pathogens exposed in their environment. says lead researcher Stephen Raverty.  » In some cases, these pathogenic microbes could pose a threat to animals and contribute to disease outbreaks « .

Analyzes of the samples taken revealed bacteria such as Staphylococcus aureus and Salmonella known to cause disease in humans and other animals. Traces of potentially dangerous fungi such as Penicillium or Phoma were also found.

The team is now comparing the results of samples taken by performing necropsies (autopsies) on whales. Exhalation analysis of the whales also showed the presence of bacteria resistant to antibiotics used in veterinary medicine. Further research will have to be carried out, but researchers are already thinking of the wastewater discharged into the ocean by the city of Victoria (360,000 inhabitants). Whether these microbes are naturally occurring in the marine environment or appearing as a result of human activities is still a matter of debate, but we know that these animals migrate each year along the coast where they are exposed to agricultural runoff and discharges. urban areas that can release a variety of microbes into the ocean.

Bacteria and fungi are only part of the problem. These mammals also face a number of threats, including ever-increasing maritime traffic and the ever-decreasing number of their prey, not to mention maritime pollution.