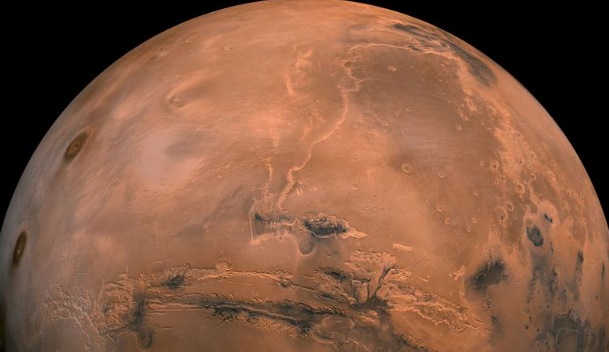 A few hours ago, Barack Obama expressed his intention to conquer the planet Mars. In a column published on Tuesday on the CNN site, the American president expressed his desire to rely on the private sector to take “the giant step” towards the red planet.

It jostles at the gate. Billionaire Elon Musk, founder of SpaceX, presented his plan at the end of September to colonize Mars by 2024. But he is not the only one to dream of sending humans to Mars. Blue Origin, founded by Amazon director Jeff Bezos, has just revealed its plans to build a huge rocket called New Glenn. This Tuesday, it was the turn of the American president to display his colonization intentions, announcing close collaboration with the private sector to build new vessels that will be able to accommodate and transport astronauts “on long-term missions in space. distant ».

« We have set a clear goal for the next chapter in America’s story in space: send humans to Mars in the 2030s and get them back to Earth safely, » he said. . However, the ultimate ambition remains, according to him, to be able « one day to be able to stay on this planet for a long time ». However, traveling the 225 million kilometers that separate us from the red planet remains a huge technical challenge, and requires a huge budget. Also, the White House said that six companies, including Boeing and Lockheed Martin, had been selected this summer to manufacture prototypes for housing modules beyond the near-Earth suburbs. They will receive a total of $65 million over the next two years.

These habitable spaces could be built on a planet, such as Mars, other celestial bodies, or used in vessels that will carry astronauts on long space journeys. In addition, Barack Obama also expressed his intention to encourage private companies to use the International Space Station (ISS) as a docking port. Orbiting the Earth at an altitude of 400 km, the ISS would indeed make a perfect orbital outpost, and could serve as a forward base for private companies to build other space stations.

Even if the realization of the objective will not take place for several years, this announcement nevertheless arouses enthusiasm on the part of enthusiasts. After having canceled in 2010, for lack of means, the Constellation program which was to organize the return of American astronauts to the Moon around 2020, Barack Obama clearly displays his ambitions today. Just like the rest of the world.