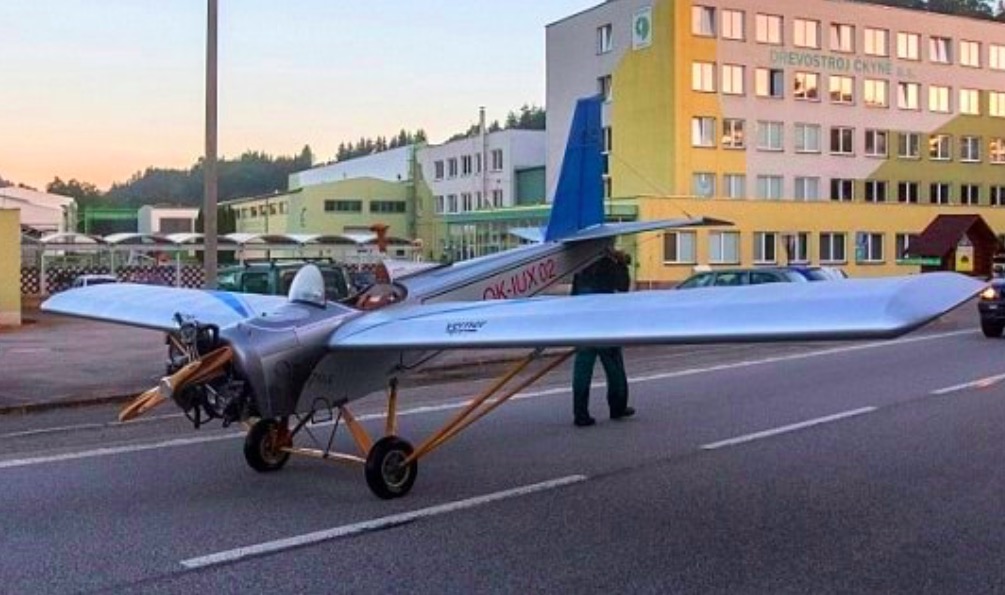 Passionate about aviation and tired of having to take his car every morning to drive to his place of work, this Czech has quite simply realized one of his dreams, to build his own small plane, which saves him, for example, the same occasion, half the travel time.

Frantisek Hadrava, 45, is a locksmith from a small village in the southwest of the Czech Republic called Zdikov. Every morning, until then, he went to the factory where he works by car, for a fairly short journey that took him between 12 and 14 minutes. But these few minutes on the road quickly got tired of our aviation enthusiast who then decided to realize one of his dreams, to build his own little plane to get to work.

It took him two years to come up with an ultralight aircraft, based on the design of the American Mini-Max planes, which weighs only 175 kg, is mainly made of wood and cost him only 100,000 Czech crowns, i.e. approximately 3,700 euros. Vampira, the name of this small plane, has an open cockpit, a 3-cylinder engine, consumes 6 liters per hour and can reach a maximum speed of 91 km/h.

Thus, as soon as the weather permits, Frantisek Hadrava gets into his cuckoo clock and goes to his place of work, with a landing that takes place on a field located just in front of the factory.  » It takes me about 12-14 minutes by car. By plane, it could take me 4-5 minutes if I fly directly, but I make a small detour so as not to disturb people too early in the morning. So the trip takes me about 7 minutes the man told Reuters.

Passionate about aviation since the age of ten, Frantisek Hadrava now plans to build another historic aircraft, the French Deperdussin.