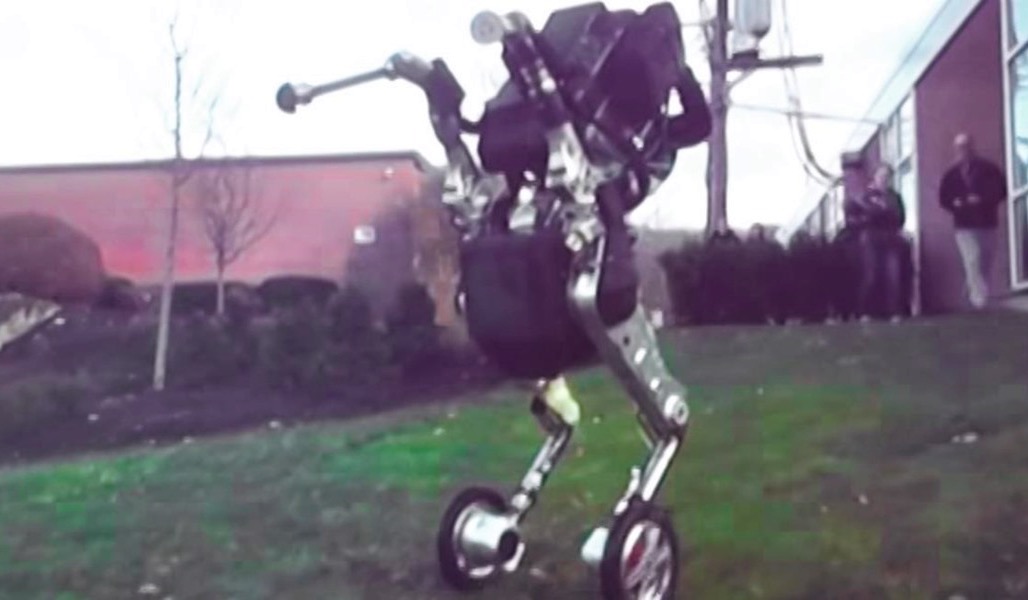 Boston Dynamics has mastered the art of building bipedal and quadrupedal robots. The latest? A bipedal robot mounted on wheels! Capable of manipulating objects, the machine is no more reassuring than the other prototypes of this American company.

Boston Dynamics had manufactured the two Atlas and Spot robots in 2015 and 2016 and used to violate its prototypes in order to show their resistance and their reflexes, which had surprisingly moved many Internet users. The company has just designed a newest robot mounted on wheels. For them, the wheel is a revolutionary device in robotics, a claim that remains to be proven.

Named Handle, the robot was featured in a Boston Dynamics teaser video. The machine is equipped with two mechanical arms allowing it to grab all kinds of objects. According to company founder Marc Raibert, Handle is « a combination experience between wheels and legs, accompanied by a very dynamic system that constantly balances itself and knows exactly how to shift its weight to move » before adding that “This is the first presentation of what I believe will be a nightmarish robot. »

Nightmarish, the word is out! Take a closer look at his prowess below:

However, this new robot will surely not allow a new impetus for Boston Dynamics which is currently in difficulty. Alphabet, the Google holding company that bought the company in 2013, no longer seems to want to continue the collaboration and has announced its sale. The American army, the main target that Boston Dynamics had tried to convince, did not show interest, judging these robots too easily spotted on the ground because of the noise they produce. The images also prove that the discretion side is certainly not the strong point of these machines!

Here is the presentation video of the Handle robot: