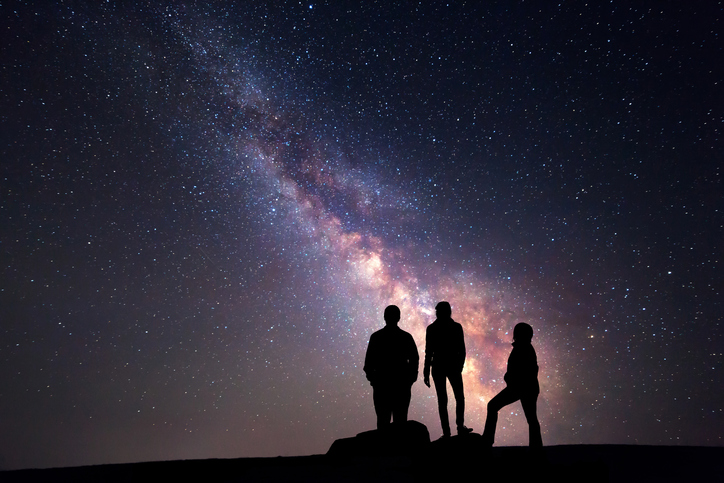 You don’t realize it, but our galaxy is spinning at the dizzying speed of over 2 million km/h. How? ‘Or’ What ? While a supercluster of galaxies attracts the Galaxy, an immense extragalactic vacuum seems at the same time to « repel » us.

You can’t feel it, but our planet orbits the Sun at a speed of about 100,000 km/h. But what we could feel even less is that the Galaxy is moving through space at the phenomenal speed of 2 million km/h, or about 630 km per second. And scientists might finally know why.

Opposite us, some 600 light-years away in the Constellation Centaurus, is the recently discovered Shapley Supercluster, which has more than two dozen galaxy clusters. This area very dense in matter combined with the « Great Attractor », a region of about 6 clusters of galaxies located 150 million light-years away, attracts all the galaxies under the effect of the gravitation of its cosmic region which we make part. However, this gigantic “attractor” is not enough to completely explain the movement of the Milky Way which does not point exactly in its direction as it should be the case. The hypothesis of the existence of an extragalactic « vacuum » almost devoid of visible and invisible matter then began to be put forward.

» If you create a vacuum in a region of the Universe, the elements that are on the periphery will move away, because they will be attracted by other regions under the effect of gravitation “, explains to AFP Daniel Pomarède, engineer-researcher at the French CEA (Atomic Energy Commission), co-author of the study published Monday in Nature Astronomy. By mapping in 3D the currents of nearly 8,000 nearby galaxies through space, the team of researchers led by Yehuda Hoffman, of the Hebrew University of Jerusalem, and an international team of astrophysicists have indeed discovered that our Milky Way was moving away at high speed from a vast, very sparse region, hitherto unidentified. A kind of « dead zone » called Dipole Repeller (Dipole Repeller) which « repels » the Milky Way as if it did not want it.

Thus, our galaxy finds itself both pulled and pushed towards the Shapley Focus. This discovery helps the researchers explain both the direction and magnitude of our galaxy’s motion, with the attractor and repeller contributing roughly equally to our galaxy’s motion. A kind of gigantic story of love and hate, attraction and repulsion“, concludes Yehuda Hoffman.