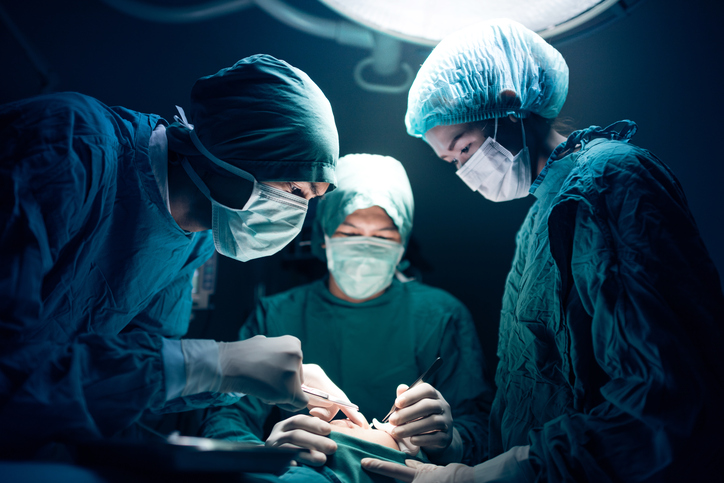 A team of Japanese surgeons has made the strange discovery of a tiny brain, a skull and some hair inside the tumor of a 16-year-old girl.

This type of tumor is called a “teratoma” which comes from the Greek word Teras meaning “monster”. During a routine operation for acute appendicitis, doctors discovered cysts on the ovaries of a 16-year-old woman who were immediately removed. One of them, which measured about ten centimeters, revealed an astonishing discovery. The study, published in the journal Neuropathology, reports a  » tumor containing a miniature brain was growing in an ovary of the patient.  » A more detailed analysis revealed that it was a smaller version of a cerebellum that usually sits under both hemispheres of the brain. A mass on one side resembled a rod, the structure that usually binds the spinal cord « .

Thus, the doctors detected a small cerebellum 3 cm long covered by a bony structure reminiscent of a skull growing in a tumor during a banal appendectomy. Strange, but the « teratoma », which is not very common, is no less abnormal either. However, surgeons had never discovered such a developed tumor. According to Masayuki Shintaku of the surgery team, the structure was  » developed enough to transmit electrical signals between neurons « . “Teratomas” usually form when a mass of cells inside a body grows into different types of tissue, including bones, nerves, hair, and even teeth. They are usually mild and relatively easy to remove. But the organization of a neurological structure in this type of tumor is unheard of.

Science still struggles to explain “teratomas”. We do know, however, that in such rare situations, as evidenced by numerous reports, the women involved may suffer from personality changes, confusion, agitation, paranoid thoughts or even memory loss. The young girl, who fortunately had none of these symptoms, fortunately had no complications after the tumor was removed and is now doing very well.