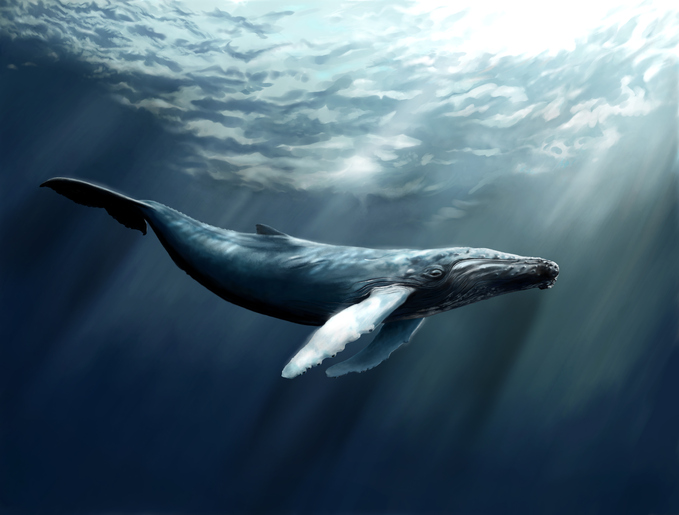 With the aim of learning more about the life and behavior of cetaceans and studying the impact of retreating ice in Antarctica on them, a scientific team has equipped whales with cameras and beacons.

On Tuesday, April 11, 2017, the Australian Antarctic Division (AAD) announced that the project to install cameras and tags on the skin of certain whales has allowed Australian and American scientists to learn a little more about their behavior and how they eat.

This project aims to study the impact of retreating ice in Antarctica on cetaceans living in the waters of the Gerlache Strait, as well as to understand the feeding behavior of these animals underwater.  » Deepening our knowledge of where whales feed, how often they eat, where they go, where they rest will allow us to inform decision makers about protection programs. says Ari Friedlaender, a cetacean specialist at Oregon State University in the United States.

The specialist explains that this study will make it possible to observe the feeding of cetaceans with krill (Euphausia Superba), small shrimps found mainly in the cold waters of Antarctica (Krill means « whale food » in Norwegian ), as well as how whales adapt to any changes in the krill population linked to global warming or the impact of ocean acidification.

These cameras, hung by suction cup on the back of the whales for 24 to 48 hours before detaching and being fished out, have for the moment made it possible to study the daily life of these whales.  » We were able to observe that the whales spend a good part of the day socializing and resting and feed mainly in the evening and at night. “, explained Ari Friedlaender.

For the organization WWF Australia, which participates financially in the project, it is also a question of making the habitat of the whales more resilient by shedding light on the impact of climate change or overfishing of krill, a real scourge in the waters of Antarctica.