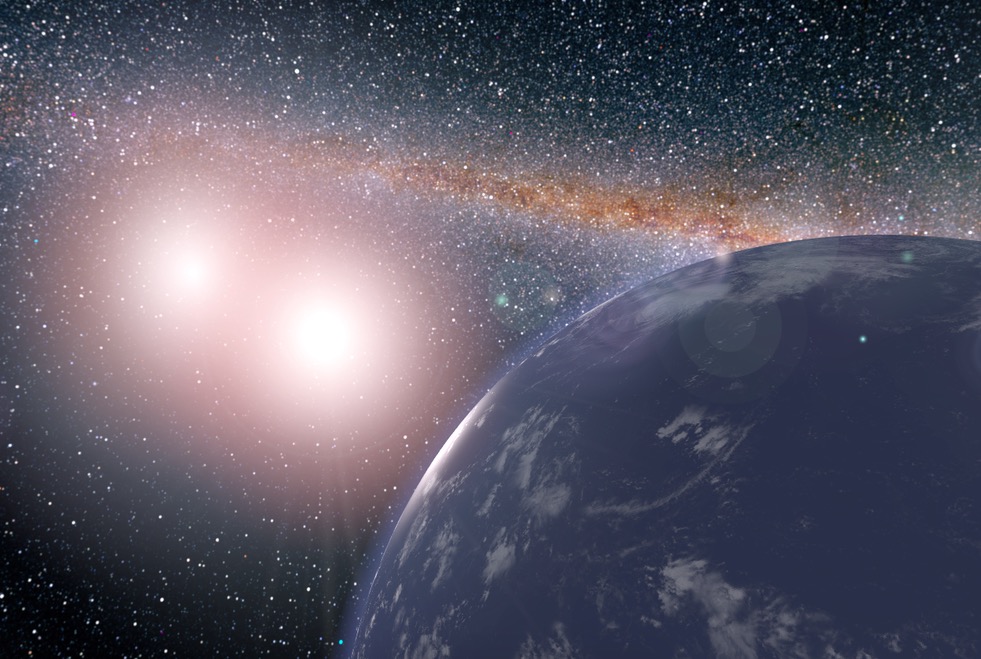 In Star Wars, the planet Tatooine looks like a desert, arid and sandy world, but it is a living world and above all, a world with two Suns. The planet is certainly fictitious, but in the real world we know that the binary systems are legion and that these can shelter many planets. But can they sustain life?

Thanks to NASA’s Kepler Space Telescope, responsible for discovering more than 2,300 exoplanets, we know that two-star systems are very numerous in our galaxy and can support planets. In contrast, most of the bodies discovered so far in these double-star systems are gas giant planets. The researchers then wondered: if a rocky planet orbits two suns, could it support life? The answer is yes, if this planet is at the right distance from its two stars.

In any case, this is revealed by a recent study published in the journal Nature Communications. Binary systems would even be excellent candidates for hosting habitable planets “, notes in particular Max Popp, researcher at Princeton University in New Jersey accompanied by Siegfried Eggl, astronomer at NASA’s Jet Propulsion Laboratory in Pasadena, California, for this analysis. The two researchers targeted a planet in the Kepler-35 system. Kepler-35A and its companion B (which have masses of 89% and 81% solar mass respectively) are indeed home to Kepler-35b, a giant planet about eight times the size of Earth.

In the search for exoplanets, we know that the so-called “habitable zone” is defined as the range of distances around a star in which a planet like Earth is likely to support liquid water on its surface. But in this specific case, and because we don’t have one, but two stars, the habitable zone this time depends on the distance of the planet from the center of mass around which the two stars are in orbit. To make matters even more complicated, the orbit of this hypothetical planet would not be elliptical, but would wobble due to the gravitational interaction with the two stars.

For their study, the researchers then neglected the gravitational influence of this planet and added water, a lot of water. In fact, they created a model where this giant planet would be covered in water. They then looked at how this planet’s climate would behave with its host stars, with orbital periods of 341 and 380 days. They then found that at the far edges of the habitable zone of this double-star system, the hypothetical water-covered planet would experience large variations in surface temperature, because a planet this far from its hosts would not would only have a tiny amount of water vapor in its atmosphere. The average temperature would then fluctuate between 1 and 3°C over the course of a year, but with large temperature differences, a bit like those sudden in the terrestrial deserts (days and nights).

To end on a more poetic note, again according to the climate model presented in this study, a planet covered in water around two stars would have visibly less cloud cover. This would mean much clearer skies for even more beautiful sunsets.