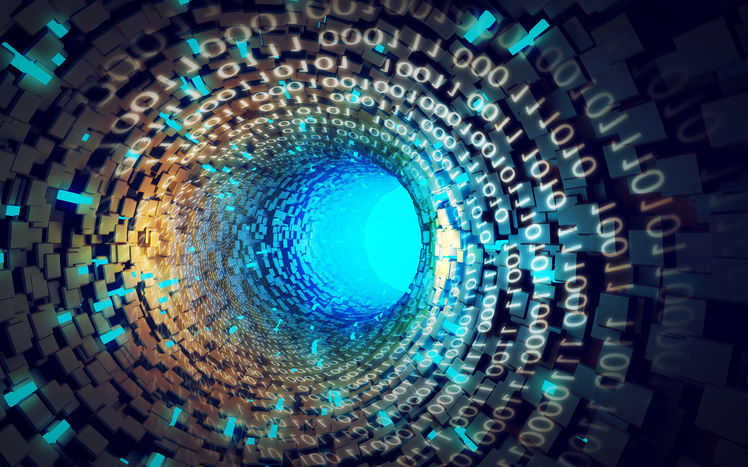 We are at the center of a technological upheaval that will exponentially transform the way our society organizes itself. We have to make the right decisions. And we have to take them now.

The digital revolution is in full swing. How can it change our world? The amount of data we produce doubles every year. In 2016, we produced as much data as in all of human history up to 2015. Every minute, we produce hundreds of thousands of Google searches and Facebook posts. These contain information that reveals how we think and feel. In the next ten years, more than 150 billion networked measurement sensors will be installed and the amount of data collected will double every twelve hours. A revolution is underway and many companies are already trying to turn this Big Data into Big Money. But if the world around us is getting smarter, should we expect these developments to also lead to smarter nations and a smarter planet?

Artificial intelligence contributes and will increasingly contribute to the automation of data analysis. Coded by humans, AI is still able to learn and develop continuously. Today, 70% of all financial transactions are carried out by algorithms and in the next ten to twenty years, nearly half of today’s jobs will be threatened by algorithms. Machines will excel better than humans in most areas and in this sense, some technological visionaries like Elon Musk, Bill Gates or Steve Wozniak warn that super-intelligences constitute a serious danger for humanity (perhaps even more dangerous than nuclear weapons).

One thing is clear: the way we organize the economy and society will fundamentally change. We are living through the greatest transformation since the end of World War II. After the automation of production will come the automation of society, which today finds itself at a crossroads, between great opportunities and considerable risks. And if we make the wrong decisions or the wrong direction, it could well threaten our greatest historical achievements.

In cybernetics, we recently protected our citizens against terrorism. Today, it influences economic and immigration policy, the real estate market and the school curricula of many countries “to protect its citizens”. Singapore or even China are adopting this path which will inevitably lead to social control of their populations. We are on a similar path in the West where every citizen is and will be a “programmed” citizen under institutional surveillance. Each of our movements will thus be observed, judged and sometimes anticipated. And all that, we didn’t see it coming?

Initially, it was convenient. Search engines and other recommendation platforms have started offering us personalized suggestions for products and services. These suggestions are based on metadata gathered from past searches, past purchases, or mobility behaviors as well as our social interactions. Officially, the user’s identity is protected, but in practice it can be inferred quite easily. Today, algorithms know what we do and what we think. In an era where communication between human beings is undermined by ever more riveted attention on our screens, it is not surprising to think that nowadays algorithms know us better than our own friends, not to say family. By targeting our recommendations, the machines influence our decisions which are ultimately not ours. We are remotely controlled, but our choices are less likely to be free and not predetermined by others.

For in a system as complex as society, apparent « improvement » in one area almost inevitably leads to deterioration in another. Thus, large-scale interventions can sometimes turn out to be massive mistakes. Irrespective of this, cybercriminals have already tried to take control of this digital magic wand and sooner or later, nobody might notice. Almost every company and institution has already been hacked, even the Pentagon, the White House and the NSA.

Another problem arises when transparency and democratic control are lacking: the erosion of the system from within. Governments are probably able to influence election results by pushing undecided voters towards them. A manipulated support that would be difficult to detect. Therefore, whoever controls this technology can win elections by leading themselves to power. In this way, personalized information can unwittingly destroy social cohesion. We are currently observing this in the United States with a marked polarization between Democrats and Republicans, but this social cohesion is also increasingly fraying in France. The result is a fragmentation and perhaps even a disintegration of society leading inevitably to discrimination, extremism and conflict. Because Man is so made, and that’s not a reproach.

So our freedom is slowly disappearing so that there is little resistance from the people. At least, until now. But a democracy cannot function properly unless these rights are respected, but as you know, one click today can confirm with a content of a hundred pages of « terms of use ». Pessimistic isn’t it? A better digital society is possible, however, and despite fierce global competition, democracies would be wise not to throw centuries-old achievements overboard. Unlike other political regimes, Western “democracies” have the advantage of already having to deal with pluralism and diversity. It remains to capitalize on these two concepts.

In the future, and because the survival of our species depends on it, certain populations will set an example of a healthy balance between business, government and citizens. This requires network thinking, since a pluralistic society is better able to cope with the magnitude of the unexpected challenges ahead. With economic and cultural change, social complexity will continue to increase. Consequently, the solution lies in a collective intelligence which will have to rely on knowledge already acquired, new ideas and available resources.

In summary, we can say today that we are at a crossroads. Big data, artificial intelligence, cybernetics and behavioral economics are shaping our society for better or worse and if these pervasive technologies are not compatible with the core values ​​of our society, sooner or later they will cause significant damage. We are at that historic moment when we have to decide which path to take. A path that will allow us all to benefit from the digital revolution.