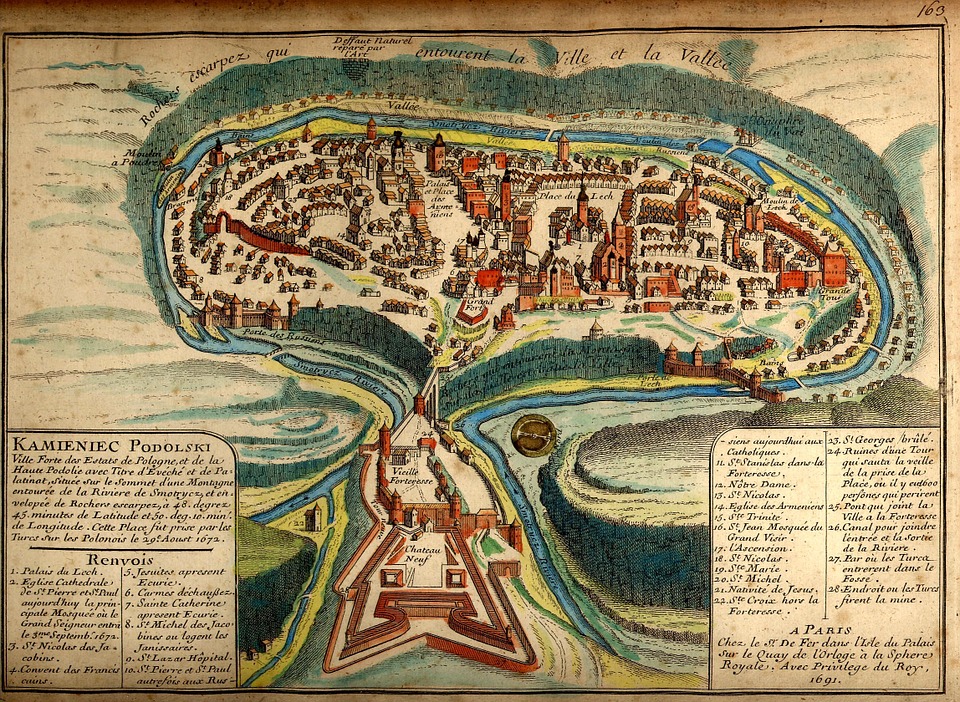 In the Middle Ages, the Christian religion was the guarantor of scientific knowledge (as far as we are concerned). The Church had then taken over from the Greek scholars and was responsible for developing maps representing the world. Tinted with beliefs, these maps shaped the minds of the time.

In antiquity, the Earth was round, there was no doubt about it. It is a notion of sphericity which has never disappeared contrary to what one might think. The Earth was never considered a flat disc floating on the waters and was qualified by Latin names “globus” (globe) and “spera” (sphere).

However, the Middle Ages is synonymous with the transfer of power to the church with regard to knowledge and the maps representing the world only took into account the inhabited lands: the world maps, whose « chlamys » (oval) shape which we sometimes find, tends to remind us that we did not know what was on the rest of the surface of the globe, a bit like what was done during Antiquity with deliberately incomplete maps.

Medieval maps find their main difference in the introduction of biblical elements. The world was divided into three parts (Africa, Europe and Asia), a legacy of the division made after the Flood between the sons of Noah present in the Bible. Asia was considered a land of free men (Sem), Europe as a land of warriors (Japhet) and Africa as a land of slaves (Cham). The maps then shaped the representation of the world (shape and layout of the land) and of humans (ethnic and social considerations) in the minds of Christians.

In the 8th century, the cards took on a special shape called “T in O”. The three known continents are represented with the holy city of Jerusalem in the center, the navel of the world. Two rivers form the T, namely the Tanaïs (horizontal) and the Nile (vertical). It is nevertheless a finite world since the O is embodied by an impassable circular ocean. The notion of ignorance of the rest of the world then disappears in a desire to represent only the inhabited and known world.

Long after, in the 15th century and the discovery of America, the Church was forced to review its representation of the world since a new continent appeared, completing the world inhabited by Man. This is how this new map looks like a flower (see below) still representing Jerusalem in the center and the three “classic” continents.

However, the two rivers of map T in O have disappeared, as has the circular ocean. In the lower left corner of the map appears timidly America, the « New World » just discovered about which we still know very little…

This influence of religion in cartography is well explained in a very interesting work entitled The invention of the continents published in 2009 and written by the French geographer Christian Grataloup.