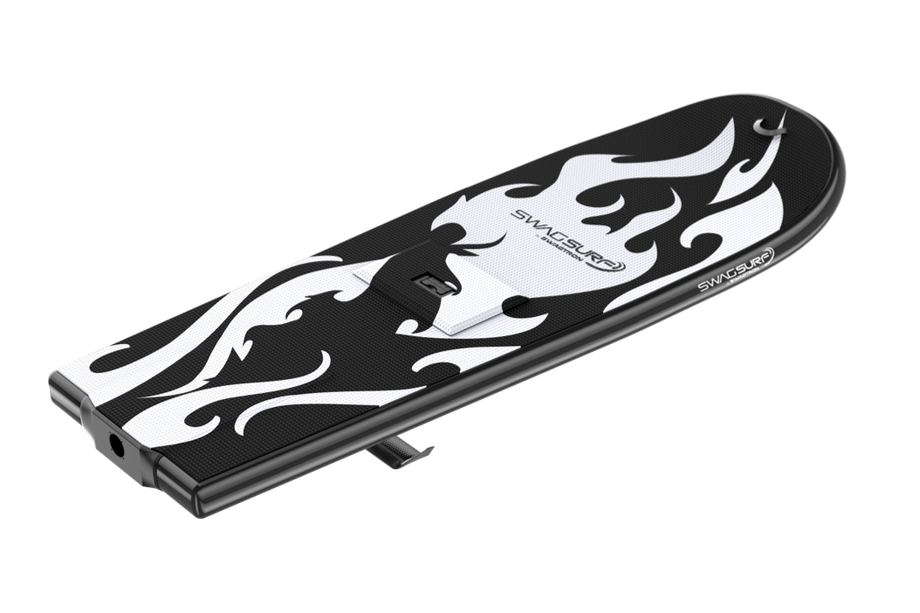 An American company presented its brand new product: an electric surfboard. The latter, however, is only part of a whole new range of amazing electrical devices that has just been released.

The SwagSurf is an electric surfboard recently presented at the CES 2017 which took place from January 5 to 8, 2016, this board whose design is nice is designed to spin on the water at a speed of 24 km / h. Supplied with a remote control, the board would weigh around 25 kilograms. Few other elements have yet been communicated by the manufacturer, Swagboard.

The concept is however not an innovation since the Korean firm Samsung also has its board called Galaxy Surfboard marketed since last year.

The American company Swagboard, based in the state of Indiana, is known for its range of recreational electric vehicles such as the famous hoverboard. The firm also manufactures scooters, skateboards and even electric scooters.

During CES 2017, Swagboard showed its novelties. Along with the SwagSurf, the company introduced a new hoverboard and a new skateboard. Above all, the SwagRoller was unveiled, a water-resistant electric unicycle equipped with a Bluetooth speaker and capable of moving at a speed of 16 km/h.

However, the undisputed star of this new range is undoubtedly the SwagCycle, an electric bike with a 250 W motor, a range of nearly 90 kilometers for a maximum speed of 65 km/h. An intelligent display shows trip-related statistics such as speed and distance travelled.

Here is a point, however incomplete, made by IGN News who went to CES 2017: