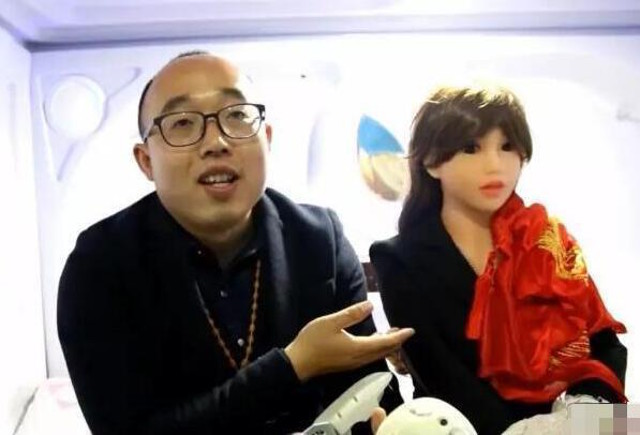 A 31-year-old Chinese man has just got married, a piece of happy news with an extraordinary specificity: his partner is a robot he made himself. While there are more men than women in this country, the person concerned has obviously not found any other way than this.

The love between robot and human, an ethical question taking more and more place in the debate concerning human-machine interactions. Remember, at the beginning of 2017, a French woman already wanted to marry the robot she had made and was patiently waiting for legislation to plead in her favor one day.

This time, it is in China that such a union has indeed taken place between the 30-year-old Zheng Jiajia and Yingying, the robot he completed at the end of 2016. This former engineer from Huawei s was reconverted into robotics and artificial intelligence by integrating a start-up in an incubator in Huangzhou (Hubei province).

According to the Chinese daily Shanghaiist, the Yingying robot is capable of “identify Chinese characters and pictures, and even say a few simple words”while her « husband » will provide her with all the help she needs to evolve and acquire more and more knowledge, in addition to accompanying her in her basic functions such as walking, or with her household chores.

In China, social networks panicked after the news and were torn between mockery, incomprehension and skepticism, believing among other things in an advertising scene. For example, a WeChat user said:

« He’s going to age slowly, his face will have wrinkles and his hair will turn white, but will he age her too, or just make her prettier? » »

The fact is that such a union is the result of social pressure that has become unbearable for Zheng Jiajia, like many other Chinese men. Indeed, it is very difficult for a man to find a partner in China, where the ratio is 113.5 men for 100 women.

“China has one of the worst gender gaps, including sex-selective abortions after the introduction of the widely criticized one-child policy, which for decades controlled how many children a family had. could have » writes the British daily The Guardian.