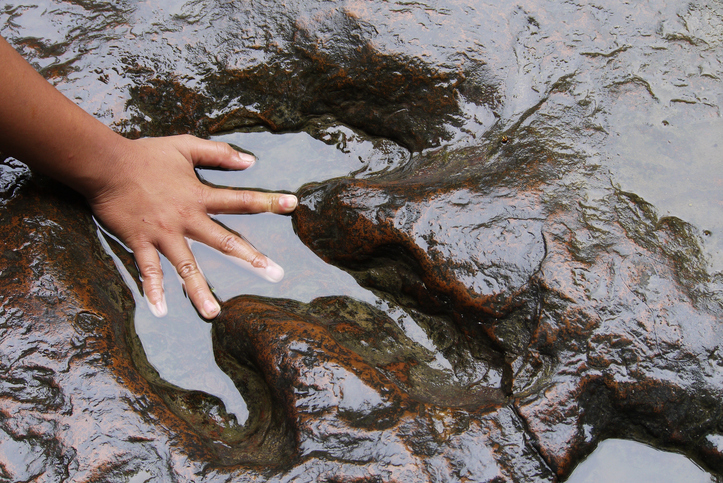 A study published Wednesday, March 22, 2017 in the journal Nature calls for revising our copy on the dinosaur family tree after the discovery of a new family of dinosaurs.

Have we been wrong for so many years? According to a study published Wednesday in Nature, a team of paleontologists is challenging dinosaur classification and pushing for a comprehensive overhaul of the genealogy we’ve used as the backbone of our research for more than a century. But that’s not all. Prior to this study, research had placed the emergence of dinosaurs at around 237 million years ago and again, we could have it all wrong.

We have long considered all dinosaurs to fall into two major groups: Saurischians and Ornithischians, a classification that has now persisted for 130 years. Their membership in one or other of the families depended in particular on the shape of their pelvis. Saurischians have a « reptile pelvis » with a pubis directed downwards and forwards. They include theropods (including the famous T.Rex) and sauropodomorphs (which include herbivorous quadrupeds with long necks). The others, the Ornithischians, have a « bird’s pelvis », their pubis is also directed downwards, but rather backwards. Nevertheless, this new study could well upset all received ideas.

» We have deconstructed the ancient representation of related relationships between dinosaurs by examining a very large sample of very ancient dinosaurs “, explains Matthew Baron of the University of Cambridge and co-author of the study. After having analyzed more than 450 anatomical characteristics of 74 species of dinosaurs from the two groups, the researchers observed, for example, that the theropods would in fact be from the same family as the so-called « bird-basin » dinosaurs, which share 21 anatomical features. This is a new family that researchers call Ornithoscelida.

A different shape of basin would therefore no longer be a prohibitive element in forming a family.  » Fortunately, most of what we know about dinosaurs — how they ate, breathed, moved, or reproduced — will remain unchanged. “, explains the researcher.  » But these findings lead us to question the most fundamental structure of the entire dinosaur family tree. « .

The study also suggests that the dinosaurs appeared not around 237 million years ago, but much earlier and in the northern hemisphere and not in the south. With this new tracing of the family tree, a seemingly unimportant fossil found in Scotland baptized saltopus could indeed now play a much more central role. Researchers believe that this small animal the size of a cat could ultimately be a common ancestor of all dinosaurs. He thus postpones their emergence to 10 million years earlier.