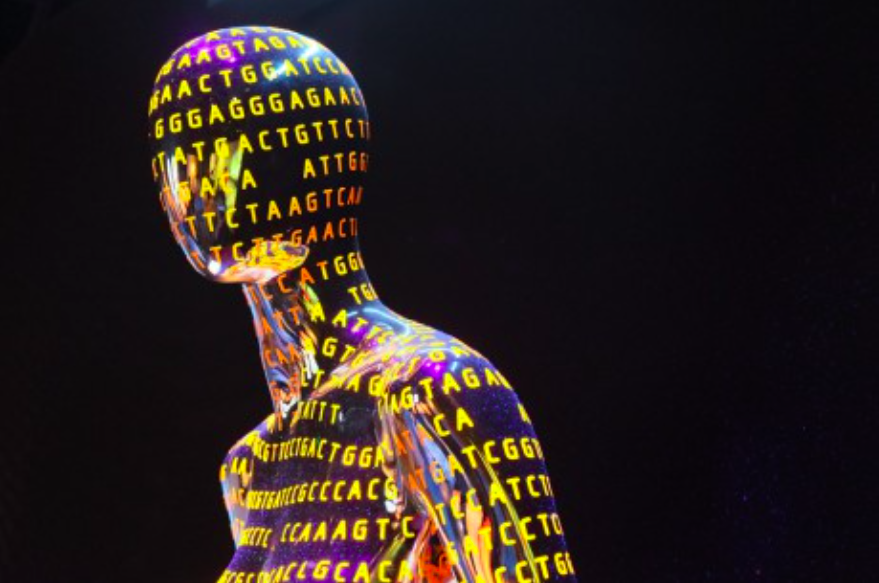 When it comes to economics or politics, we are used to there being a part of secrecy. Nevertheless, when 150 scientists, lawyers and other entrepreneurs gathered on May 10 at Harvard (Boston) away from the media to talk about the creation of a « synthetic human genome » (Larousse defines the genome as the etogether genetic material, that is to say molecules of DNA, of a cell), this is surprising, and not only the most fervent readers of Aldous Huxley and his book Brave New World. A secret conference has indeed enough to feed fantasies and to run the imagination on the possibilities of cloning or creating human beings in a tank. With the question of technological advances always going further, ethical questions and concerns are also often in order. But what was it really about?

The question that was at the heart of the discussion was how to create an intact genome from scratch that includes the genetic code of a human. For George Church, a researcher at Harvard Medical School who helped organize the event, this idea goes beyond simply « reading » the genetic material, it is now about « writing it down ». « . Let’s not forget that right now, synthesizing DNA is difficult and can be error-prone. Synthesizing a gene or an entire genome would offer the opportunity to do even more DNA manipulations. Today, companies use organisms such as yeasts to make chemicals such as perfumes or flavorings. It doesn’t just require adding one gene to yeast (like to make insulin), but multiple genes to create a chemical production entirely in the cell. This kind of tinkering could be made easier if it were possible to synthesize DNA from scratch. 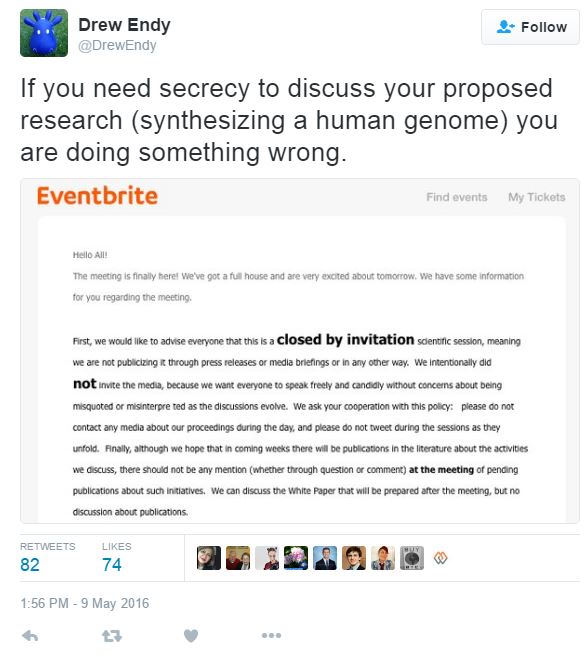 Drew Endy, associate professor of bioengineering at Standford and Laurie Zoloth, professor of ethics and medical humanities published a review questioning the subject of this conference whose title changed from « The synthetic human genome project ». less shocking “Testing large synthetic genomes in cells”. The two authors wonder if this was not going too far. While acknowledging the benefits of such genome research, they also posed thorny ethical questions: Thanks to new techniques developed since 2003, the cost of assembling the genetic material used to encode genes, the “foundations” of life, has dropped from $4 to three cents per individual letter. (…) In a world where human reproduction has already become a competitive market where eggs, sperm and embryos have a price, it is easy to invent far stranger uses of human genome synthesis capabilities. Would it be acceptable to sequence and synthesize Einstein’s genome? And if so, how many Einsteins should be created in cells and who would create them? Looking back, just because something becomes possible, how should we approach the question of whether it is ethical to pursue? « . The HuffingtonPost also recalls that  » the theoretical price of an artificial human genome would have increased from 12 billion to 90 million dollars. And could even fall to 100,000 dollars within 20 years if the fall continues « .

Meanwhile, executive director of the Center for Genetics and Society in Berkeley, California, Marcy Darnovsky, whose organization views biotechnology skeptically, commented on the Harvard gathering by saying that one can speak of  » a meeting that looks more like a desire to privatize the discussion of genetic inheritance modifications. This one had been invited, but had declined the invitation, because he felt that it was not open to enough people and that it did not offer sufficient reflection on the ethical implications of this work.

Yet it should be noted that George Church judged that the project was misunderstood and that it was not about creating people, just not only human cells, but also plant cells, animals and microbes with the hope of improving the ability to synthesize DNA in general. He had also previously assured that the rally would be open to the media. The organizers had planned a video broadcast of the event and had also, according to him, invited many journalists. In particular, they had hoped to combine this meeting with the publication of an article co-written by several scientists in a renowned scientific journal. But in the end, no papers appeared and the conference remained private, as the organizers did not want to be accused of doing science by press release without having any peer-reviewed papers to rely on. The video will appear after the publication of this article. This secret would therefore be a simple combination of circumstances!?