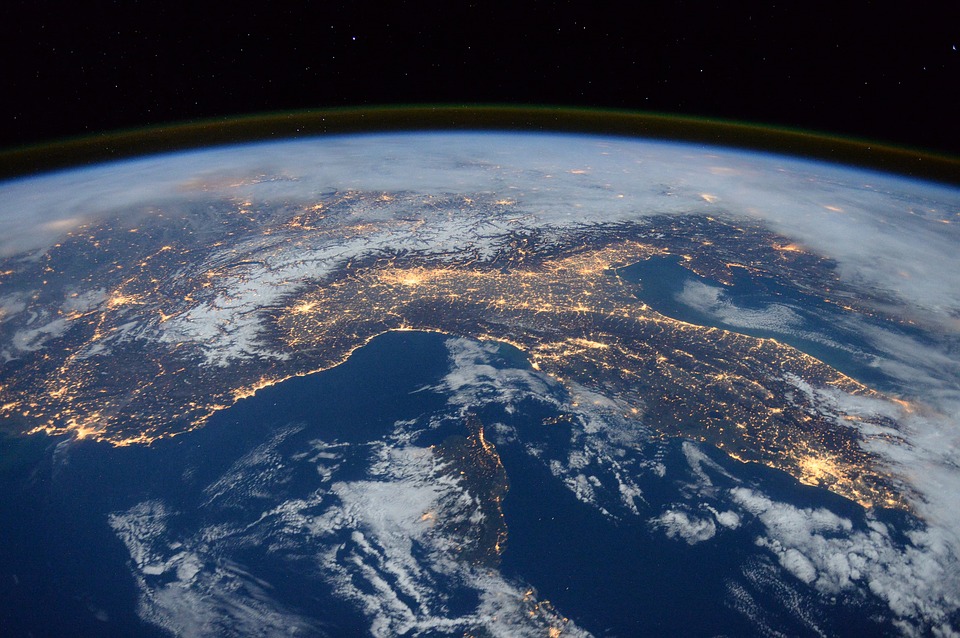 In the absence of being able to use a Delorean-type time machine, we have to make do with the ones we have: telescopes.

Because yes, telescopes are real time machines. Images of distant objects take some time to reach us, because light does not exceed 300,000 km/second in a vacuum. So when we look at the Sun at 150 million km, we see it as it was 8 minutes before. In other words, contemplating our star makes us travel in the past for 8 minutes. It is the same with all the bodies of this world, from planets to stars, through galaxies and clusters of galaxies. But in the Universe the distances are such that our mind sometimes loses its notions. This is why in 1977, the astrophysicist Carl Sagan published in his book The Dragon of Eden, a cosmic calendar summarizing in one year the entire History of the Universe. So we understand with more hindsight where our place is.

In this calendar, the starting point, which is not strictly speaking a calendar, is given by the Big Bang, on January 1st at midnight. We are on December 31 and this one-year calendar compiles a total of 13.7 billion years, the age of our Universe. Each day of this calendar thus represents 37.5 million years, each hour 1.6 million years, each minute 26,000 years and each second 434 years. Are you there? On January 1, the Big Bang was born. The result during its first initial minutes is a soup of opaque and very hot particles. A quarter of an hour later, the Universe cools allowing the nuclei of hydrogen and helium to capture electrons and become electrically neutral.

In this compressed calendar, the first stars in the cosmos appear on the night of January 2-3. Composed of hydrogen and helium, they will be the seeds that will sow the Universe before the appearance of the next generations of stars and galaxies. These appear on January 13. The Milky Way is not one of them. It will form around May 11. From January to September, the Universe will grow, the stars will burn fuel and explode to form new stars which will form new galaxies which will group together in clusters and superclusters. Our Sun will not appear until September 1 in the outskirts of our galaxy, a place where it is apparently good to live.

The oldest known rock on Earth was formed on September 16. Five days later, life appears with the first single-celled organisms, ancestors of archaea and bacteria. These organisms will allow photosynthesis and oxygenate the atmosphere during the month of October. The first multicellular beings appear at the beginning of November and life accelerates more and more. The Cambrian explosion plays out on December 14. Sponges appear. December 18 was the day of the first fish, the 20th of terrestrial plants, the 21st of insects, the 22nd of amphibians and the 23rd of reptiles. Christmas Day will be the day of the first dinosaurs.

Everything is accelerating, again and again

On December 26, the first mammals appear, on the 27th the birds and on the 29th the first flowers, at the same time as the primates. Everything is finally concentrated on this last day of our calendar, December 31. The distant ancestor common to apes and humans only appears around 2 p.m. Between 8 p.m. and 9 p.m., the human line separates from that of the great apes and Homo Sapiens, modern man enters the Earth around 11:52 p.m. At 11:59 p.m. and 21 seconds he invents agriculture and at 23:59 and 49 seconds they erect the great pyramids of Giza. Athens and Rome will be founded at 23:59 and 53 seconds. About 5 seconds later, Christopher Columbus discovers America and here we are at this last and final second.

Our history, that of modern man, only takes up the last 8 minutes of this condensed year-long calendar. What to measure with more humility and distance our place in all the History of the Universe.