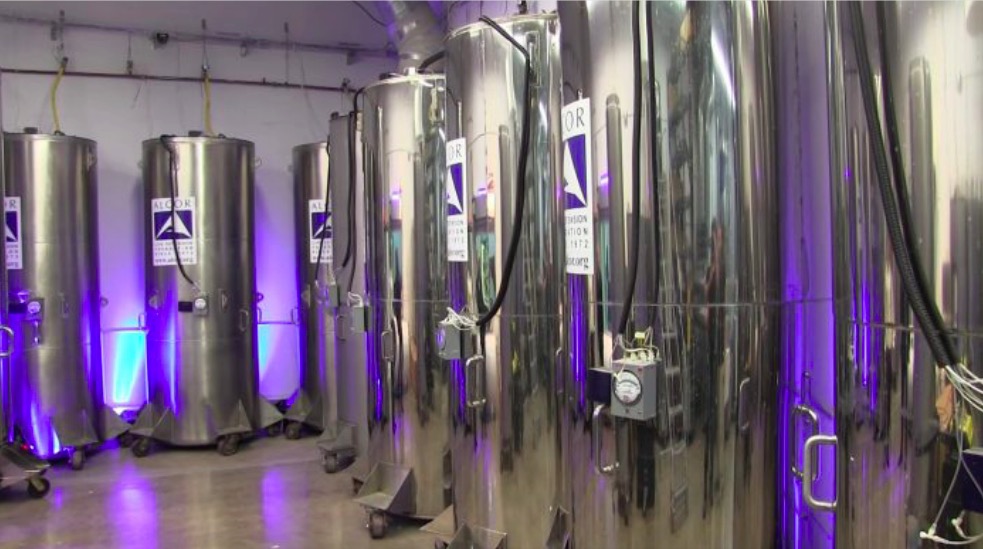 The idea is rather attractive: to be frozen after his death and to be brought back to life years later. This type of manipulation has made its way and has been popularized mainly by the cinema, always gaining more followers. What to think of this process, when current knowledge does not allow any reversibility?

Cryonics, also called cryonics (not to be confused with cryogenics), is a process of preservation at very low temperatures, i.e. −196°C. Many people pay huge sums in the hope of being resurrected after their death, after a few years in the “fridge”.

The cinema is a major player in the popularization of cryogenics. For many years, many people thought that Walt Disney had been frozen after his death in 1966 and films like Aliens (1979), Forever Young (1992) or Demolition Man (1993) take up the concept.

However, current medical knowledge does not allow this feat, but a handful of researchers have hope. Indeed, great advances in medicine are hoped for mainly in nanotechnology that could regenerate tissues and organs at the molecular level or even reverse the effects of disease and aging. The basic argument in favor of cryonics is that memory, personality and identity are stored in the chemical structure of the brain and it is here that there is hope.

Despite everything, cryonics remains viewed with skepticism by the majority of players in the scientific world. But that doesn’t stop many people from believing it. Just recently, a 14-year-old girl living in the UK applied to be frozen after her death. Suffering from cancer, the terminally ill patient saw her request accepted by the courts on November 18, 2016.

Only two countries allow cryogenics: Russia and the United States where the young British will be “stored” after her death.

Even better, some scholars believe it would be better to focus on preserving our heads, rather than our whole bodies like Anders Sandberg of the Institute for the Future of Humanity at the University of Oxford:

“As a head, my life would be limited, but until then we can establish real connections with the computers. My hope is that when resurrected, my memories and personality can be uploaded to a computer,” explains the researcher.

The future will tell us if the return to life is possible in such conditions or if we will have to resolve to consider cryogenization as a sweet dream. In any case, half a century after the first cryogenized individual, namely the American psychologist James Hiram Bedford (1893-1967), no major progress has made it possible to hope for the reversibility of the process.