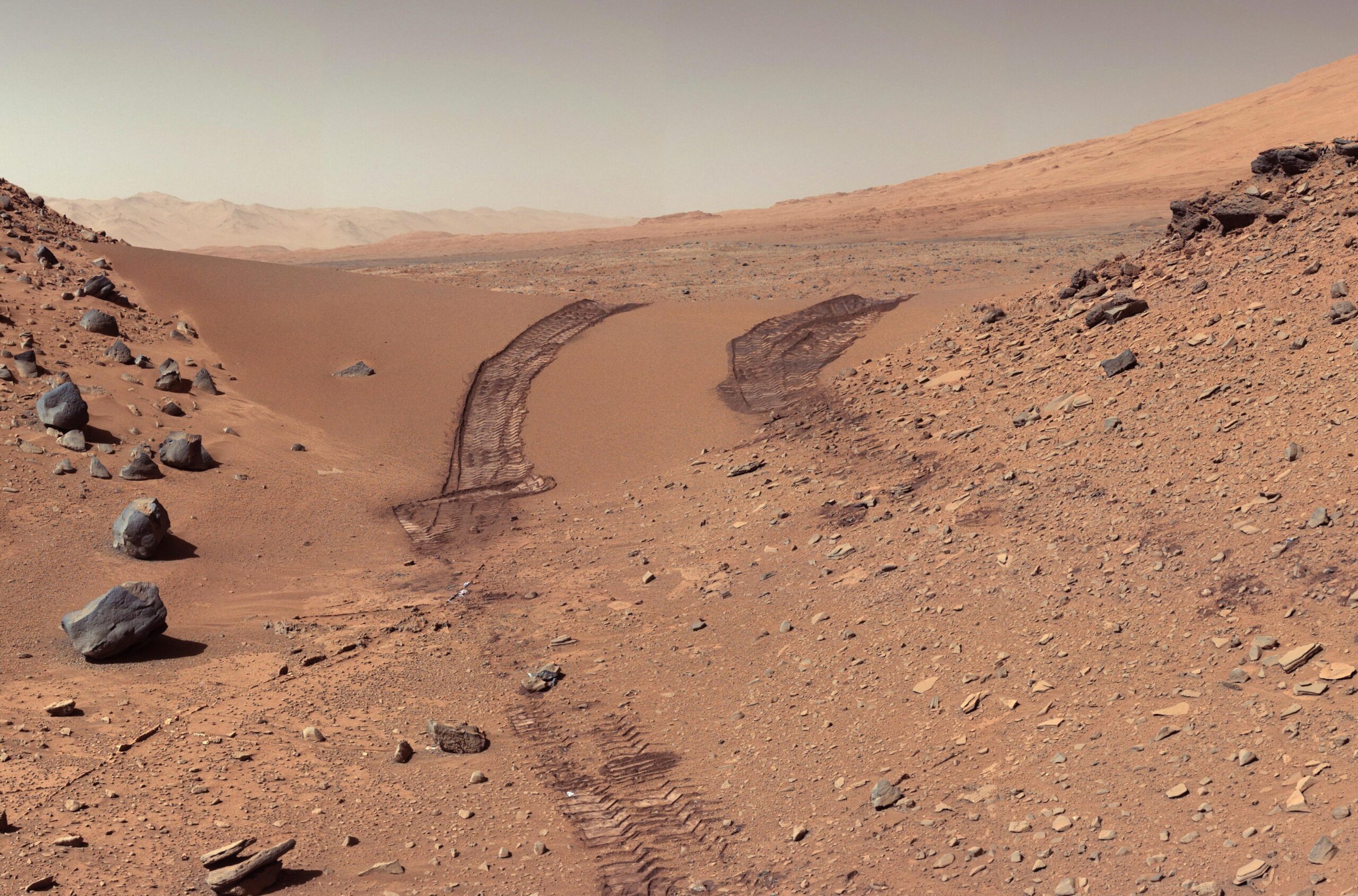 The planet Mars may appear completely red, but the NASA rover named Curiosity managed to capture a snapshot of a mountainous region of the planet where you can see purple rocks near the base of Mount Sharp.

Nasa’s Curiosity rover captured these images of purple-hued rocks near the base of Mount Sharp on Mars on November 10 using its camera. Mastcam « .  » The color variations show the diversity of their composition on the bottom of Mount Sharp. This purple tone of the foreground rocks has already been seen on other rocks where the CheMin instrument of Curiosity (Chemical and Mineralogy) had detected hematite a type of mineral iron oxide, NASA said in a statement.  » The winds and blown sand in this part of Curiosity’s traverse and season tend to keep the rocks dust free, allowing their colors to not be masked « .

Mount Sharp is about 5 kilometers high from the center of Gale Crater where Curiosity arrived in 2012 and which extends about 154 km in diameter. Along with the purple rocks in the foreground, the Curiosity images show us the upper layers of Mount Sharp. The rover will continue to travel these tracks throughout the rest of its mission.

A trek and climb that began last October on Murray Formation rocks near the base of Mount Sharp. The rover will gradually climb, step by step, to reach the Sulphate Unit, the highest point planned in the route of the Curiosity mission. Studying the composition of all layers could help scientists learn more about and understand the Martian past.