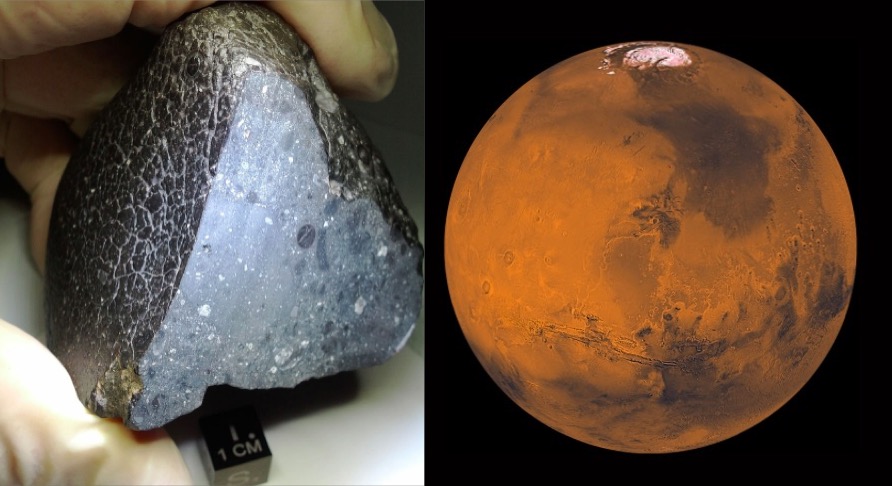 A fragment of the famous Martian meteorite NWA 7034 better known as « Black Beauty » has been acquired by scientists from the Danish University of Copenhagen who plan to glean new information about how Mars formed and transformed .

It is the oldest Martian meteorite found on Earth. The “Black Beauty” (or its real name Northwest Africa [NWA] 7034) contains particles from the first Martian crust according to the Sci-News website. Today, we learn that a team of Danish researchers from the University of Copenhagen has purchased a fragment of it to study it closely.

According to the researchers, this meteorite ended up in space about five million years ago following a collision between the red planet and a large asteroid. The meteorite represents what is called a breccia, that is to say a rock composed of angular fragments taken in a natural cement. The estimated age of these fragments contained in the meteorite is between two billion and four billion years, suggesting that this is one of the oldest fragments of Martian rock ever found on planet Earth. if not the oldest.

These Martian meteorites are extremely rare since to date, only 150 have been discovered on the surface of the Earth. It was in the Moroccan Sahara desert that this “Black Beauty” was discovered in 2011, a piece weighing approximately 320 grams in total. All the pieces belonged until then to private collections and they are snapped up today at around 19,000 euros for a single gram of this Martian meteorite.

At the University of Copenhagen, a 44-gram piece was purchased from a French collector. The researchers will now saw the piece in thin layers to study each element and shed light on how the planet Mars was formed and shaped.