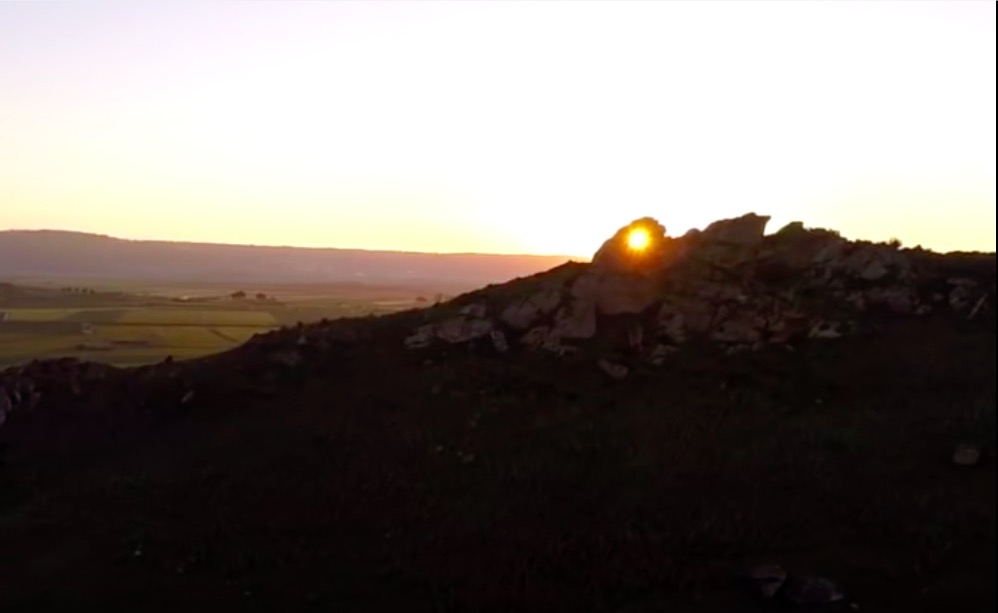 A team of Italian archaeologists discovered, on the island of Sicily in Italy, a rock formation made by the hand of the hand, a prehistoric rock-calendar marking the beginning of the winter solstice, about 5,000 years old . A Sicilian “Stonehenge”.

The structure consists of a rock about seven meters high, which is pierced by a hole about one meter in diameter. It was discovered last November 30 on a hill near a prehistoric necropolis, about 10 kilometers from the town of Gela, on the southern coast of Sicily, by Italian archaeologists who were studying bunkers from the Second World War.

» It seems clear to me that we are dealing with a deliberate, man-made hole “, says Giuseppe La Spina, archaeologist, to Seeker.  » However, we needed the empirical evidence needed to prove that the stone was used as a prehistoric calendar to measure the seasons. “, he adds. So, using compasses, cameras and drones, the archaeologist and his colleagues carried out a test in December, for the winter solstice. The idea was to check if the rising sun of the winter solstice would line up with the hole in the rock.  » A total success according to Giuseppe La Spina.  » At 7:32 a.m. the sun was shining through the hole with insane precision. It was amazing « .

The seven meter high rock would therefore have marked an important point of the year and the seasons, anticipating the cold and the harsh conditions of winter. A moment that probably had ritual significance, as further investigation revealed that this site was a sacred place at the end of the third millennium BC.

To the east of this stone, archaeologists have found what appears to be a menhir or standing stone. The five meter high stone lay on the ground, but the presence of a pit near its base suggests that the stone was standing.  » He stood at a distance of eight meters just in front of the hole in the other rock explains La Spina. The geological composition of the two stones is different, indicating that the monolith was cut and then brought to the site.  » This obviously reinforces the sacredness of the site adds La Spina.

At least two other holey stones have been discovered in Sicily in the past.  » The recently found rock-calendar seems to have been made by the same hand as the two others previously discovered says Alberto Scuderi, Italian expert in archaeoastronomy, author of the discovery of the other two stones near Palermo, Sicily.  » One was aligned with the rising sun of the winter solstice, the other with the rising sun of the summer solstice says Scuderi.  » For this reason, I believe that another holey stone can be discovered near Gela « . Research will thus continue in the hope of discovering another stone, which can be tested at the time of the summer solstice.