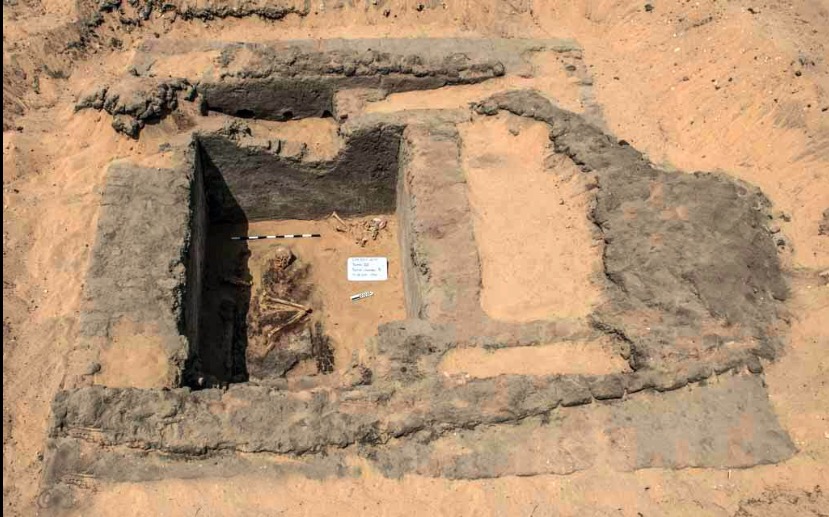 It was in the ancient city of Abydos in Upper Egypt (about 550 km from the capital of Egypt, Cairo) that archaeologists made a formidable discovery: that of an ancient city and necropolis whose the dating would go back to 5316 BC.

On Wednesday, November 23, 2016, the Ministry of Antiquities of Egypt announced the recent discovery made by a team of archaeologists, namely an ancient city and cemetery. A discovery made in Upper Egypt in the ancient city of Abydos, also known for its many temples and necropolises, but also for having housed the tomb of the God of the dead, Osiris.

The team of archaeologists discovered huts, pottery and stone tools there, as well as fifteen large tombs. Some are larger than the royal tombs at Abydos suggesting that they housed the bodies of important people of the time.  » This discovery could shed many lights on the history of Abydos “says Mahmoud Afifi, the Egyptian Minister of Antiquities. The dating of all these remains dates back to 5316 BC. J.-C., that is to say about 7,000 years ago, tells us Ouest France.

This type of discovery could give a serious boost to the tourism sector in Egypt, which suffers a significant drop in attendance each year. Indeed, in 2010, more than 14.7 million tourists visited the country, then only 9.8 million in 2011, the year of the « Nile revolution » and the fall of President Hosni Mubarak. In the first quarter of 2016, only 1.2 million foreign tourists visited Egypt compared to around 2.2 million in the first quarter of 2015.